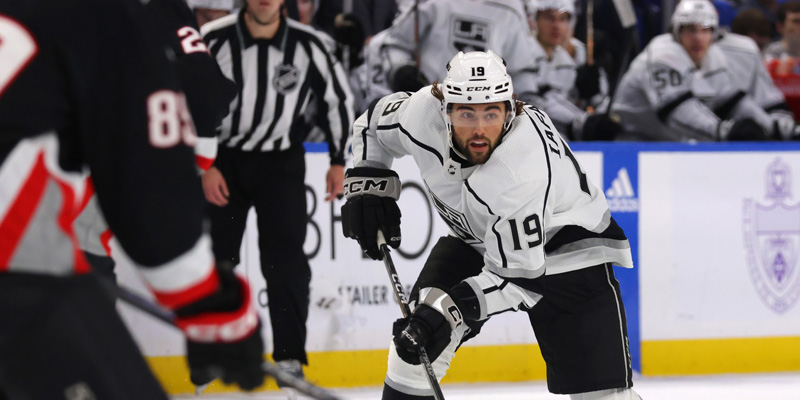 The Los Angeles Kings and the Bruins will clash at T.D. Garden in Boston, Massachusetts on Thursday evening at 7:00 PM (EDT). The Kings (15-12-5) dropped consecutive games and must improve a defense that is allowing 3.69 goals per contest. Los Angeles surrendered six goals during the third period of a 6-0 road loss to the Buffalo Sabres.

The LA Kings average 3.4 goals per game and score at 24.1 percent of their power play opportunities. Gabriel Vilardi leads Los Angeles with 13 goals. Kevin Fiala has 23 assists and Trevor Moore has 103 shots on goal. The Los Angeles Kings’ defense is allowing 3.6 goals per game and is killing 71.6% of their opponent’s power plays. Jonathan Quick gave up 71 goals on 601 shots fired and Cal Petersen has allowed 34 goals on 257 shots.

Meanwhile, The Boston Bruins earned 15 wins in the first 16 home matches and are tied for second in the league with 110 goals scored. Right-Wingman David Pastrnak leads the Bruins (23-4-1) with 19 goals and 20 assists. Pastrnak scored the game-winner in a shootout to lift Boston to a 4-3 home victory versus the New York Islanders on Tuesday.

The Bruins average 3.9 goals per game and are scoring 28.6% of their power play opportunities. David Pastrnak leads Boston with 19 goals. Hampus Lindholm has 16 assists and Patrice Bergeron has 91 shots on goal. The Boston Bruins’ defense is letting in 2.1 goals per game and is killing 85.8% of their opponent’s power plays. Linus Ullmark has given up 35 goals on 566 shots faced, and Jeremy Swagman has allowed 23 goals on 204 shots.

Los Angeles Kings vs Boston Bruins. The NHL pick for this game is the Boston Bruins. Los Angeles Kings Left-Wing Viktor Arvidsson is dealing with a personal matter and will not suit up in this game. The Kings can contend with most clubs in the league, but the Bruins are another unit on a higher level on home ice. With two high-scoring offenses, the over is the play in this contest. Final Score Prediction, Boston Bruins win 5-3.