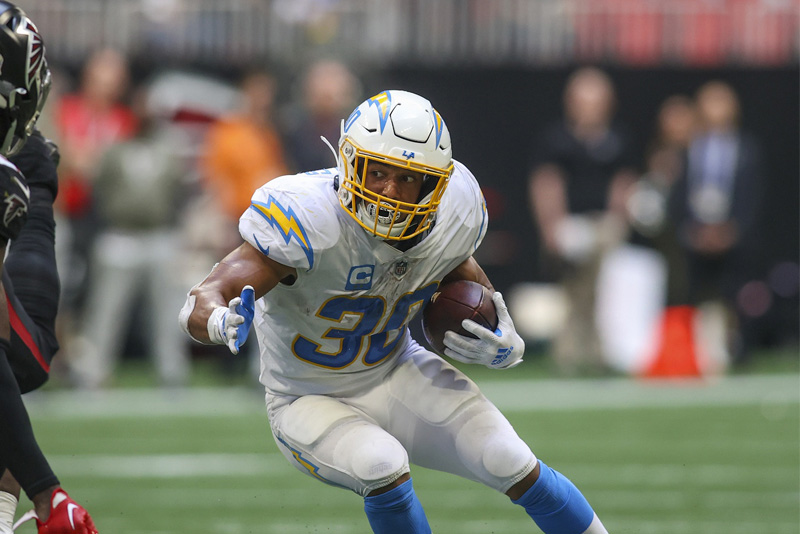 The Los Angeles Chargers will battle the San Francisco 49ers at Levi’s Stadium in San Francisco, CA, on Sunday at 8:20 PM ET. The Los Angeles Chargers dropped the Atlanta Falcons 20-17 last week to record their fifth victory of the year. They gained 336 yards total, including 245 yards in the air and 91 yards on the ground. The team gave up 201 running yards and 114 passing yards, giving the Falcons 315 total yards. Los Angeles had trouble running the ball against the Falcons, so facing the 49ers’ defense may be difficult also. The Chargers gained 281.8 passing yards and 89.1 running yards this season, averaging 370.9 yards per game. They give up 369.9 yards total, of which 145.5 yards on the ground and 224.4 yards in the air.

The only thing the San Francisco 49ers need to do is stop Herbert since the Chargers’ run game isn’t very potent and isn’t utilized as much. The 49ers will win if they are able to stop Herbert’s passing game. San Francisco’s defense gave up 307.9 total yards this year, including 221.3 passing yards and just 86.6 running yards. They score 22 points each game while giving up 18.4 every game. They are generating 367.6 yards on offense with a combination of 248.1 passing yards and 119.5 rushing yards. Christian McCaffrey, who joined San Francisco’s roster most recently, gave the attack a lot of depth and explosiveness. During this season, McCaffrey accumulated 525 yards and 3 touchdowns while earning 4.7 yards per rush.

Los Angeles Chargers vs San Francisco 49ers. The NFL pick for this game is the San Francisco 49ers. The 49ers’ formidable defense will be a problem for the Chargers throughout the game because of their inconsistent play this year. With their superior defense and capacity to maintain plays and advance the ball downfield, the 49ers completely reversed the tide this season. The defense will be exposed by Garoppolo, Samuel, and McCaffrey since they had trouble stopping both the passing and running games this year. The 49ers’ aggressive defense will highlight the Chargers’ terrible run game this season and penalize their reliance on the passing game. Bosa and Hufanga will put a lot of defensive pressure on Herbert in the backfield. The Chargers’ chances of beating the San Francisco defense are slim. The San Francisco 49ers will win to a predicted score of 27-21.