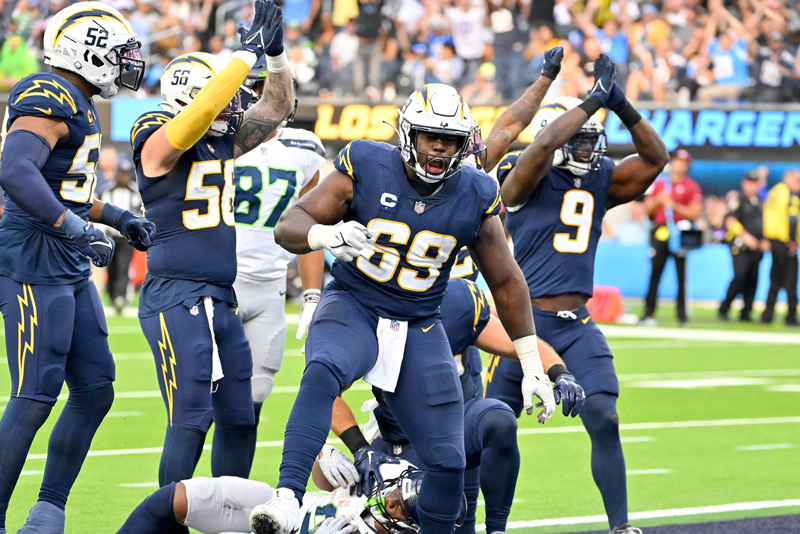 The Los Angeles Chargers will visit Mercedes-Benz Stadium in Georgia to take on the Atlanta Falcons on Sunday, November 6. The Chargers are 4-3 overall and 2nd in American Football Conference- West Division with a 2-1 road record on the season. Los Angeles comes into this match-up to bounce back from their last loss to the Seattle Seahawks at 23-37 that snapped a three-game winning streak. The Chargers’ offense failed to penetrate the Seahawks’ defenses after gaining just 329 yards of total offense and were forced to commit two turnovers in the loss.

The Atlanta Falcons will continue their home stand in hosting this week’s edition of the NFL battle facing the visiting Los Angeles Chargers on November 6. The Falcons improved to 4-4 overall and took the lead in National Football Conference- South Division with a 3-1 record at home for the year. Atlanta looks for their second straight win coming into this match-up following a three-point overtime win over the Carolina Panthers at 37-34 OT on October 30. The Falcons totaled 406 yards of total offense in winning the game through a 41-yard field goal by Kicker Younghoe Koo with only 105 seconds left in OT for the victory. Atlanta already won four of its last six games.

Starting quarterback Marcus Mariota of the Falcons passed for 1,432 yards and landed 10 touchdowns with six interceptions on the season. RB Cordarrelle Patterson rushed for 340 yards and finished three touchdowns while WR Drake London is Atlanta’s top receiver with 346 yards and reached the end zone twice this season. LB Rashaan Evans leads the Falcons with 73 tackles while Atlanta as a unit recorded 12 sacks and seven picks for the year.

Los Angeles Chargers vs. Atlanta Falcons. The NFL Pick for this contest is Los Angeles -3. The Chargers are coming fresh into this match after a week-long rest and that will give them a health advantage over the stressed team of the Falcons. Atlanta just beat Carolina in overtime last time out but they will be facing a much stronger team in LA as the Chargers are 3-1 in their last four SU and 2-2 ATS in that stretch. The prediction, Los Angeles Chargers will win 28-24.