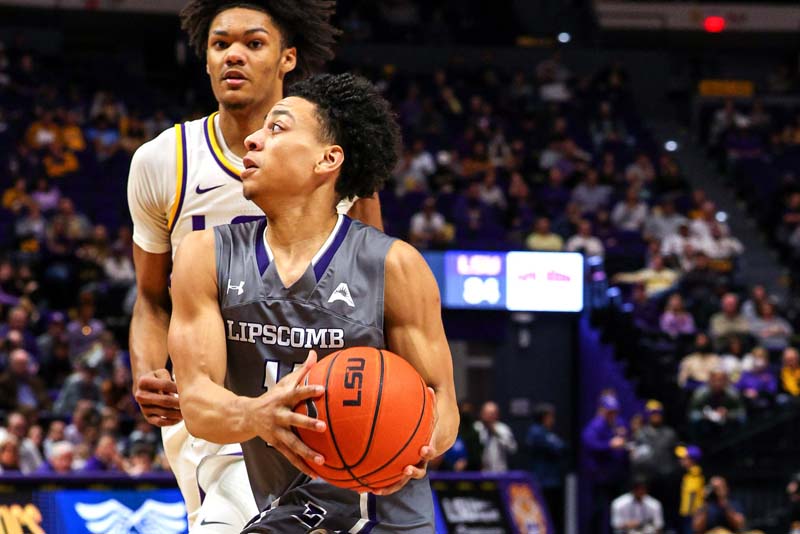 The 2022-23 College Basketball Competition will take off between the Lipscomb Bison and the South Dakota Coyotes on Wednesday, November 9, 2022. The Bisons ended last season’s tour with a two-game losing streak including their recent twelve-point loss to the Florida Gulf Coast Eagles at 60-72 played in ASUN Championship- Quarterfinal round at a neutral location in Swisher Gymnasium in Jacksonville, FL, on March 5, 2022. Guard KJ Johnson led Lipscomb in points with 18 and in assists with 2 while Center Ahsan Asadullah grabbed 11 total rebounds (6-Odeb, 5 Oreb) to control the board for the Bisons in the losing effort.

Center Ahsan Asadullah was the top key player for the Lipscomb Bisons averaging 15.2 points, 4.6 assists, and 1 block per game last season. Asadullah also grabbed a team-high 9.0 rebounds per match with an average of 3.0 turnovers per outing. He recorded 50.6% FG, 63.5 FT percentage, and 32.1% three-point percentage. Guard Will Pruitt enhanced the defense of Lipscomb with an average of 0.8 steals per match.

The Lipscomb Bisons finished 4th in the ASUN Conference- West Division with a 14-19 overall standing and 6-10 in conference play at a .375 win percentage. The Bisons are 9-6 at home with a 3-13 road record last season.

The South Dakota Coyotes will be starting the 2023 College Basketball Tournament at their home court facing the Lipscomb Bisons on Wednesday, November 9. The Coyotes concluded their 2022 tour with a horrible 23-point loss to the South Dakota State Jackrabbits at 60-83 in the Summit League Championship – Semifinal Round at Denny Sanford Premier Center in Sioux Falls on March 8, 2022. Guard Kruz Perrott-Hunt led South Dakota in scoring with 19 points on 7/13 FG and 3/3 FT while Forward Hunter Goodrick hauled down 8 total rebounds with 6 coming from the defensive side and from the offensive side of the court. Forward Tasos Kamateros dished out 4 assists in leading the Bisons in the losing effort.

Guard Krus Perrott-Hunt powered the offense of the Coyotes with an average of 15.0 points per game and a team-leading 2.3 assists per match last season. Forward Hunter Goodrich controlled the board for South Dakota with an average of 7.2 rebounds per outing. On defense, Guard Mason Archambault recorded an average of 1.2 steals and 0.5 block per contest for the Coyotes.

The South Dakota Coyotes finished last season in 5th place in the Summit League Conference with an overall record of 19-12 and 11-7 in conference play. The Coyotes earned a win percentage of .611 while posting a 9-6 record at their home court and 6-7 away from home last season.

Lipscomb Bisons vs. South Dakota Coyotes. The NCAAB Pick for this contest is South Dakota TBA. It’s difficult to predict the outcome of this match-up at this point as the 2022-23 season just opened. However, the Coyotes were the better team last season after reaching the semifinal round in the Summit League while the Bisons lost two games in a row and were eliminated in the quarterfinal round of the ASUN Championship. Prediction: South Dakota Coyotes will win 73-70.