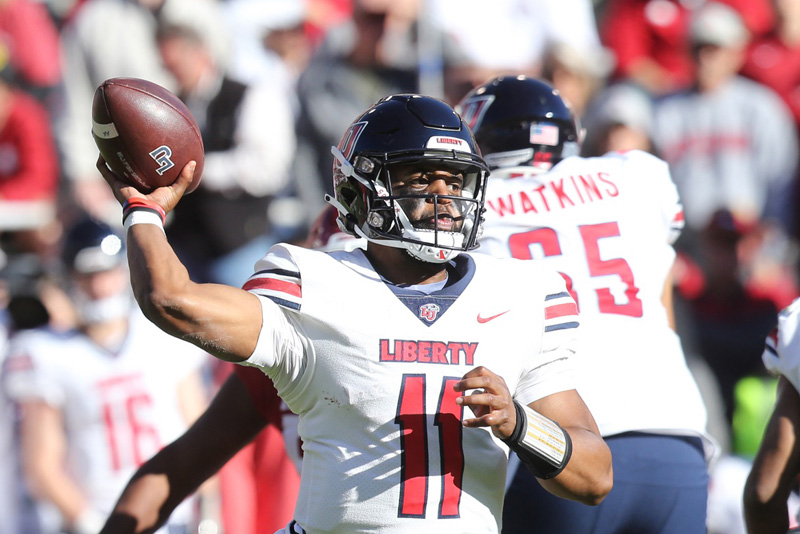 The Liberty Flames will take on the UConn Huskies at Pratt & Whitney Stadium at Rentschler Field, CT, on Saturday at 12:00 PM ET. The Flames have an 8-1 record on the year entering this match. Liberty burned the Arkansas Razorbacks by a score of 21-19 the last time they played. RB Shedro Louis, who ran for the Flames on 15 occasions for 57 yards, was the offensive leader (3.8 yds per attempt). QB Johnathan Bennett had a 15/25 completion percentage, 224 yards in the air, and 3 TDs. He finished the game with a pick and a quarterback rating of 166.9.

The University of Connecticut Huskies enters this game with a 5-5 overall record. The Huskies prevailed over the UMass Minutemen in their last match, winning 27-10 in the process. RB Victor Rosa carried the ball 17 times for 87 yards, averaging 5.1 yards per attempt at the end of the game. QB Zion Turner finished the contest with 60 yards on 6 of 13 passes and an 84.9 passer rating. He didn’t throw any interceptions, and he averaged 4.6 yards per pass attempt. Connecticut allowed 32 tries to run for 85 yards (2.7 yards per rush).

Liberty Flames vs UConn Huskies. The NCAAF pick for this game is the Liberty Flames. The play in this game is Liberty, even though the UNDER is a good option. UConn’s offense averages only 18.5 points per game, while Liberty’s defense limits opponents to 21.2 points each contest. UConn’s offense averages just 293.4 yards of total offense per game, which is below average for UConn’s defense, which only allows 341.1 total yards per game. The Liberty Flames will win to a predicted score of 30-17.