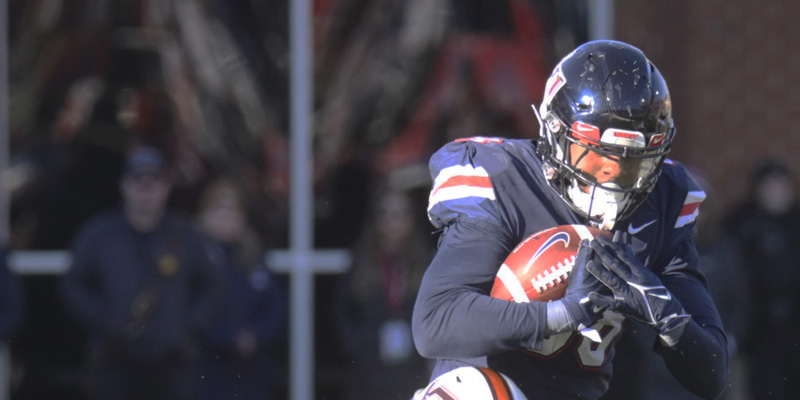 The Liberty Flames will take on the Toledo Rockets in the RoofClaim.com Boca Raton Bowl at FAU Stadium in Boca Raton, Florida set for Tuesday at 7:30 PM ET. This matchup is the first since 2007 for Liberty and Toledo when the Rockets edged the Flames 35-34. Toledo is the 3-point fave in this game.

After four winning seasons (34-15 record overall) at Liberty, Former Ole Miss Head Coach Hugh Freeze took over at Auburn a couple of weeks ago. Freeze led the Liberty Flames to an 8-4 tally in 2022 with the Flames entering this Bowl match on a 3-game losing skid. He has four winning seasons under his belt at Liberty. In week 10, Liberty stunned Arkansas at 21-19 but lost to the UConn Huskies 33-36 as 13.5 road favorites then lost to the Virginia Tech Hokies 22-23 as 10.5 point favorites at home. The third loss in a row was against the New Mexico State Aggies 14-49 as a 24-point fave.

Meanwhile, The Toledo Rockets are 0-4 in their last four bowl appearances since 2016. Last season, Jason Candle’s team lost to the Middle Tennessee Blue Raiders 31-24 in the Bahamas Bowl. Candle started his tenure at Toledo with a 32-17 win over the Temple Owls in the 2015 Boca Raton Bowl and worked for his team to win in the Sunshine State once again.

The Rockets are 8-5 overall and 5-3 in conference play this season. They clobbered the Ohio Bobcats 17-7 in the Mid-American Conference championship game. Toledo outgained the Bobcats 390-262 in total yards and won the turnover battle 1-0 to become the Conference titleholders for the first time since 2017. The Toledo Rockets split their last 6 road games. Dequan Finn completed 59.1% of his passes for 2,127 yards, 22 touchdowns, and 12 interceptions. Jerjuan Newton and Devin Maddox totaled 1,324 receiving yards and 12 TDs, while DeMeer Blankumsee had 37 receptions. The Toledo Rockets assault averages 177.8 yards per contest, and Jacquez Stuart leads the way with 659 yards and 4 touchdowns.