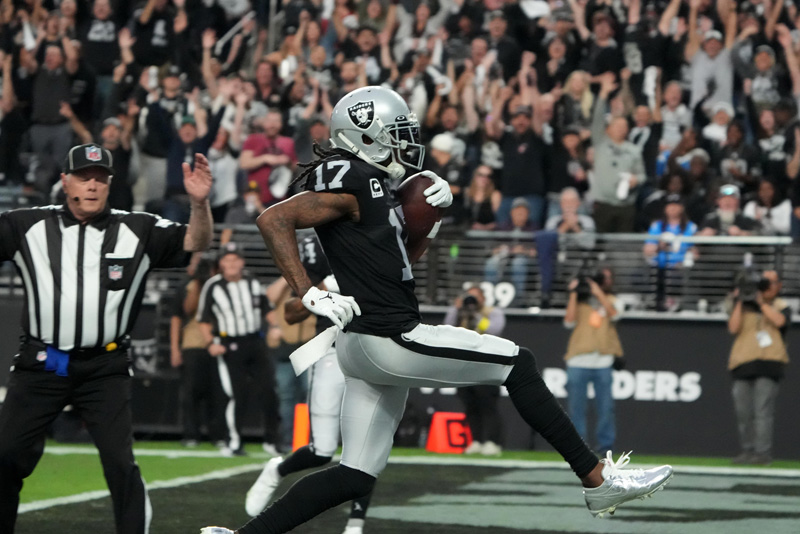 Week 14 NFL schedule will begin with the Las Vegas Raiders and the Los Angeles Rams from beautiful SoFi Stadium in Inglewood, Los Angeles, CA on Sunday at 8:15 PM (EDT). The Raiders are on a 3-game winning run and are two games off from an AFC Wild Card spot. On Sunday’s match, Las Vegas DE Chandler Jones (3 sacks) defended the line in a 27-20 home victory over the Los Angeles Chargers. Las Vegas is in 10th place at 5-7 in the AFC and 3rd in the West Division.

The Raiders are 9th in passing offense with 241.5 yards per game while they are 11th in rushing offense gaining 125.4 yards per match. Las Vegas is 9th in scoring offense at 24.3 points per contest while they are 26th in scoring defense allowing 24.7 points per game. QB Derek Carr connected 258 of 414 passing for 2,980 yards with 20 TDs and eight picks this season. He has been sacked 21 times while adding 77 yards on the ground.

At “ The Big Orange “, The defending Super Bowl Champion, the Los Angeles Rams, are plagued with injuries though the course of the season. The limping Rams are aiming to snap their 6-game losing slump in this matchup. Sunday’s loss saw the Rams surrender a touchdown with 36 seconds left by a score of 23-27 to the Seattle Seahawks. The Rams managed to lead in the game with a Cam Akers’ 6-yard TD with less than 3 minutes remaining in the 4th frame.

The Rams have lost 4 of their last 5 home matches. QB John Wolford completed 61.3% of his passes for 390 yards, a touchdown, and 3 picks. Cooper Kupp and Tyler Higbee totaled 1,256 receiving yards and 6 touchdowns, while Allen Robinson caught 33 receptions. Los Angeles’ ground game averages 87.3 yards per contest, and Akers leads the way with 334 yards and 3 touchdowns. Los Angeles’ defense is allowing 23.3 points and 332.9 yards per game. Bobby Wagner leads the LA Rams with 97 tackles, Aaron Donald has 5 sacks and Nick Scott has 2 picks.