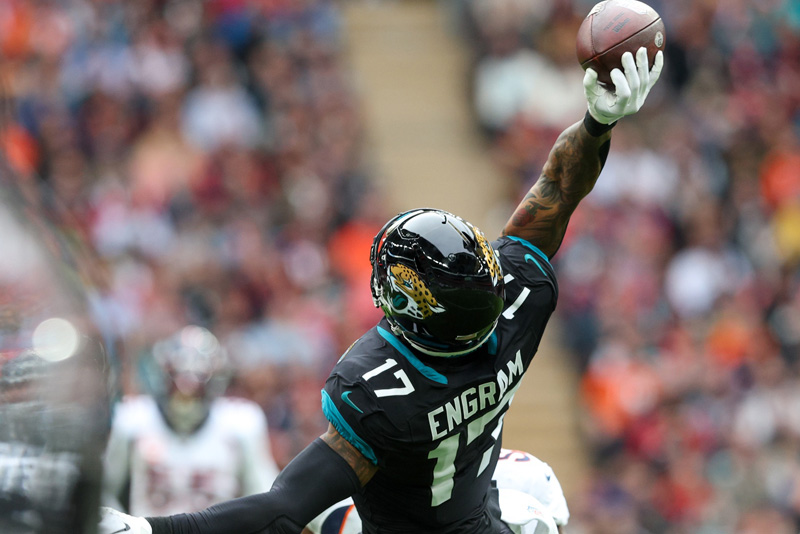 The Las Vegas Raiders will go head-to-head with the Jacksonville Jaguars at TIAA Bank Field on Sunday, November 06, 2022, at 1:00 PM ET. For the season, the Raiders accumulated 2,386 total yards and had 84 first downs, and gained 350 yards via 45 penalties. Las Vegas scored 9 touchdowns in the air and 6 touchdowns on the ground. The football was turned over six times (5 interceptions and 1 fumble lost).

The Jaguars are scoring 21.5 points per game, which places them 20th in the league in scoring offense. The Jaguars accumulated 1,751 passing yards so far this season, earning them the 21st place in the NFL. The team averaged 218.9 passing yards per game and rushed for 1,153 yards total and 144.1 yards on the ground per game. Jacksonville is ranked ninth in the league with an average of 363.0 yards per game. The Jags offense ranks 12th with 384 yards in penalties on 50 violations.

Trevor Lawrence leads the Jacksonville offense in passing this year with 1840 yards via the air, 10 throwing touchdowns, and only six interceptions. Jacksonville’s team captain, Travis Etienne, had two touchdowns and rushed for 571 yards on only 92 runs this season. Jacksonville’s team leader in receiving is Christian Kirk leads in the reception department running 498 yards on 35 catches and four touchdowns.