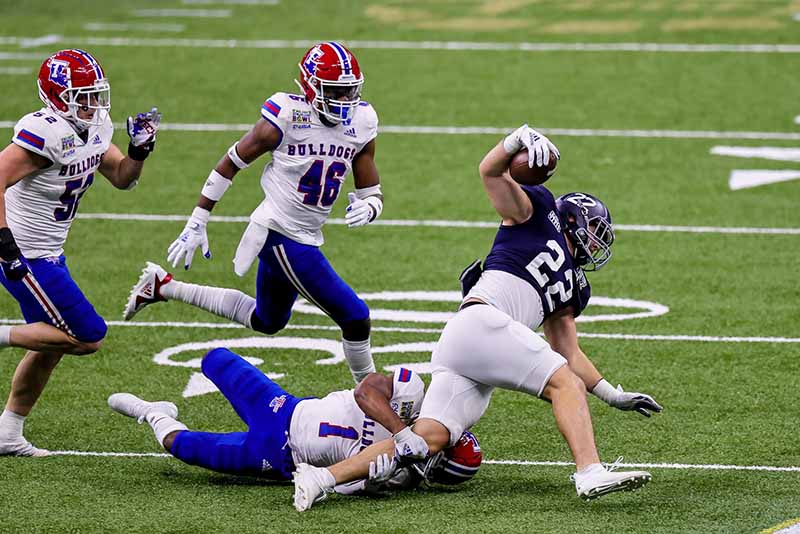 The LA Tech Bulldogs will clash with the Charlotte 49ers at Jerry Richardson Stadium, NC, on Saturday at 3:30 PM ET. The Louisiana Tech Bulldogs enter this contest with a 3-7 record on the season. The Bulldogs lost to the Roadrunners by a score of 51-7 the last time they met. Landry Lyddy completed 14 of 26 passes for 138 yards and one score. He ended the game with two interceptions and a quarterback rating of 95.7.

RB Charvis Thornton Is the team’s top rusher with 8 carries for 48 yards (6.0 yds per carry). The Louisiana Tech Bulldogs ultimately ran the ball 31 times for a total of 112 yards, averaging 3.6 yards per carry. They had 62 plays, giving them 259 yards in total. Louisiana Tech gave up 20 pass completions on 30 attempts, for a completion percentage of 66.7% and a total of 226 yards.

The Charlotte 49ers have a 2-9 record heading into this contest. The 49ers’ most recent game against the MTSU Blue Raiders ended in a defeat at 24-14. Shadrick Byrd ran the rock 14 times for 50 yards, averaging 3.6 yards per carry. Chris Reynolds (2 touchdowns) finished the game with 277 yards on 28 of 49 passes for a quarterback rating of 114. His average yards per throw attempt was 5.7 and he had one interception. For 97 yards on 34 rushes, Charlotte was penalized (2.9 yards per rush).