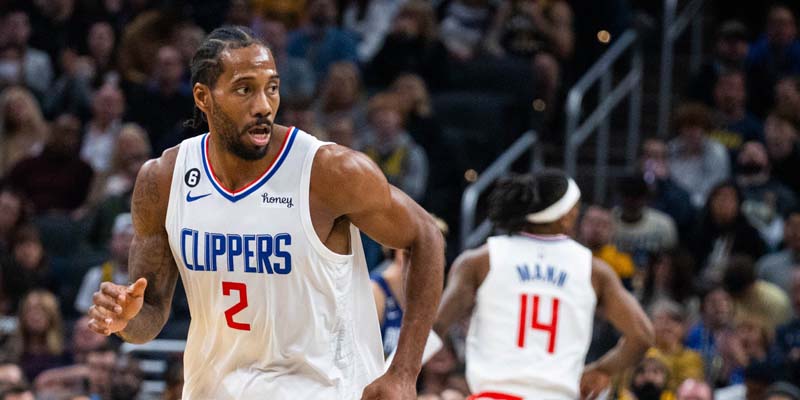 The Los Angeles Clippers will climb a mile higher to Ball Arena to clash with the Nuggets in Denver, Colorado. The Clippers are on a 3-game losing slump and they are looking forward to plugging the bleeding in this match. The LA Clippers fell to 21-18 SU and 20-19 ATS on the season after Monday’s loss at 110-100 to the Heat. The Clipps rallied from a 21-point deficit, limiting Miami to just 14 points in the third to score only 17th in the 4th quarter. The LA Clippers are second at 21-18 in the Pacific Division and 6th in the Western Conference.

Los Angeles went 12-for-29 from beyond the arc and 30-for-34 from the charity stripe. However, The Heat outscored LA 48-28 in the paint and posted an underwhelming 19/15 assist-to-turnover ratio. SF Paul George led the team with 25 points and seven dimes. PF Marcus Morris added 14 points while SG Luke Kennard pitched in 11 points off the bench. The Clippers shot 43% from the field and 12 of 29 from the 3-point range as they rallied with 34 points in the third quarter to overcome a 21-point deficit. They went cold and managed just 17 points in the fourth quarter to allow the Heat to run away with the win.

Meanwhile, The Denver Nuggets is 24-13 and is on top in the Northwest Division. Denver did not extend its winning streak last Monday after bowing out 124-111 to the T-Wolves as 4.5-point road favorites. Center Nikola Jokic and his teammates did not perform competitively after allowing 58 points in the paint and 29 assists from Minnesota.

The Nuggets were doing well as they’ve won 10 of their last 13 games overall, but will be looking to bounce back here after getting routed by the Timberwolves in a road loss on Monday. Jokic led the team with 24 points, seven rebounds and nine dimes. PF Michael Porter Jr and SG Bones Hyland each scored 18 points while PG Jamal Murray chipped in with 14 points. The Nuggets shot 46 percent from the field and 11 of 29 from the 3-point area, but they could not contain Jaden McDaniels and Anthony Edwards who totaled for 50 points. PF Aaron Gordon had a mixed game as he tallied 12 points with 16 boards and six dimes, but shot just four of 18 from the field.

LA Clippers vs Denver Nuggets. The NBA pick for this game is the Denver Nuggets. SF Paul George is in question if he could play in this contest after suffering a pulled hamstring in the loss  last Tuesday. The Nuggets are the better offensive competitors and will control the glass at home. The Denver Nuggets will cover at home predicted to a score of 116-109.