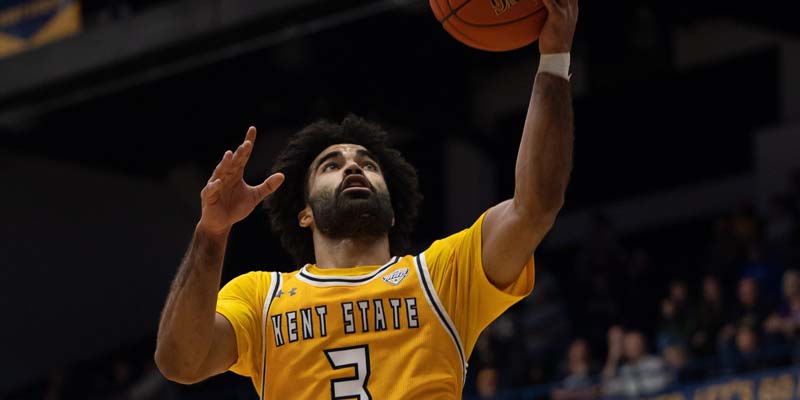 The Kent State Golden Flashes and the Ohio Bobcats will meet in Athens, Ohio on Friday, January 13, 2023 at 6:30 PM (EDT). The Golden Flashes are currently in first place in the MAC with a record of 13-3. They are entering the match with seven consecutive wins, having most recently defeated the Toledo Rockets 75-63. Miryne Thomas had a strong performance, scoring 22 points with 13 rebounds, 3 blocks, and 2 steals. Sincere Carry and Malique Jacobs also contributed, with Carry scoring 21 points with 5 assists and Jacobs scoring 16 points with 13 rebounds.

The Golden Flashes average 74.8 points on 43.6 percent shooting and allow 62 points on 38.6% shooting from the field. Sincere Carry has 17.5 points and 3.6 rebounds while Malique Jacobs is averaging 12.3 points and 4.7 rebounds per game. Miryne Thomas is the third double-digit scorer and Giovanni Santiago is grabbing 1.7 rebounds. Kent State is shooting 34.1 percent from the three-point range and 76.5 percent from the FT line. The Golden Flashes are allowing 30.8 percent shooting from deep and are grabbing 32.2 rebounds per game.

The Ohio Bobcats are facing stiff competition as they currently sit in sixth place in the MAC standings with an overall record of 9-7. However, they have been putting up a strong fight, having won three out of their last five matches, including a 76-71 victory over the Ball State Cardinals. Leading the charge for the Bobcats is Jaylin Hunter, who had a standout performance with 23 points, 4 assists, 4 steals, and 3 rebounds. Dwight Wilson III also delivered 22 points, 10 rebounds and 1 assist. AJ Clayton added to the effort with 16 points, 6 rebounds and a block.

The Bobcats average 77.1 points on 45.5% FGshooting and allow 71.6 points on 42.1% shooting from the field. Dwight Wilson III averages 13.9 points and 10 rebounds, while AJ Brown is averaging 11.4 points and 2.2 rebounds. Miles Brown is the third double-digit scorer and Jaylin Hunter is grabbing 3.5 rebounds. The Ohio Bobcats are shooting 37.2 percent from beyond the arc and 71.4 percent from the free throw line. The Ohio Bobcats are allowing 34.8 percent shooting from deep and are grabbing 36 rebounds per game.