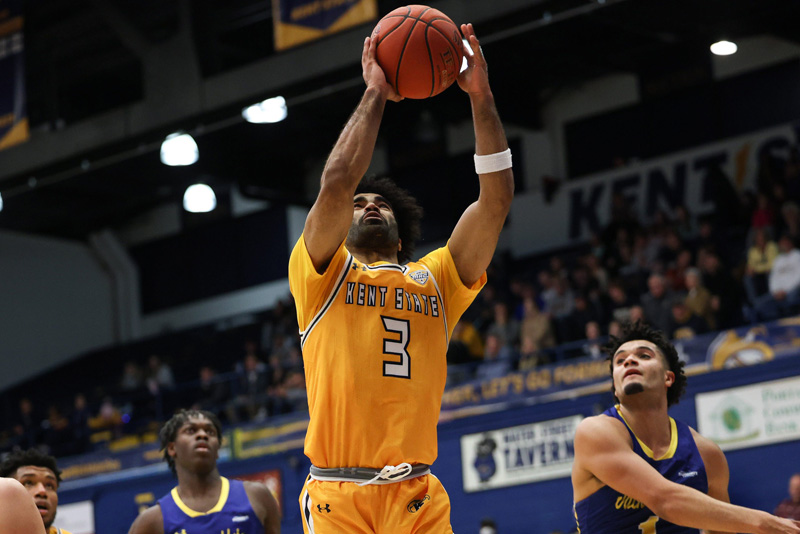 The Kent State Golden Flashes will proceed to McCarthey Athletic Center in Spokane, Washington to collide with the Gonzaga Bulldogs on Monday evening. Kent State is 6-2  after a 15-point win over the San Diego State Aztecs. Kent State’s defense suffocated their last game allowing only 68 points on 38.2% shooting and forcing 12 total turnovers from the Aztecs. The team’s offense flourished yielding 83 points including 43 in the first half on 50% FG shooting.

Kent State leads the Mid-American Conference 6-2 overall and is 6-4 in its last 10 matches of the season. The Golden Flashes began the year on a five-game winning run then had their first defeat 74-72 at Charleston as 2.5-point underdogs. Kent State valiantly fought against the no.2 Houston Cougars as its toughest foe of the year as a 19.5-point underdog. Unfortunately, Kent State lost by just 5 points. Their battle was one of the lowest-scoring contests of the season at 49-44. The team immediately bounced back by covering the 8-point spread over South Dakota State 83-68.

Meanwhile, The no.14 Gonzaga Bulldogs are back home after a 1-point loss to the Baylor Bears. Gonzaga’s defense was instrumental in holding off the Bears to only 64 points at 37.1% FG shooting. On the contrary, the Bulldog’s offense was terrible with a 36.1% conversion of their shot selections and a very poor 61.9% from the charity stripe. Starter Anton Watson led the Bulldogs with 13 points and 13 rebounds off the glass in 31 minutes on the court. Malachi Smith made 16 points in 28 minutes of play from the bench.

Gonzaga’s schedule was never an easy one. It was brutal with 4 ranked teams of their eight matches slated to play. The Bulldogs managed to win over the no.4 Kentucky Wildcats but lost to no.11 Texas Longhorns. The next tough assignment was no.24 Purdue Boilermakers, and recently to the Baylor Bears. The Bulldogs led by 7 in the last 2 minutes of regulation but allowed Baylor the last 8 points in the loss.