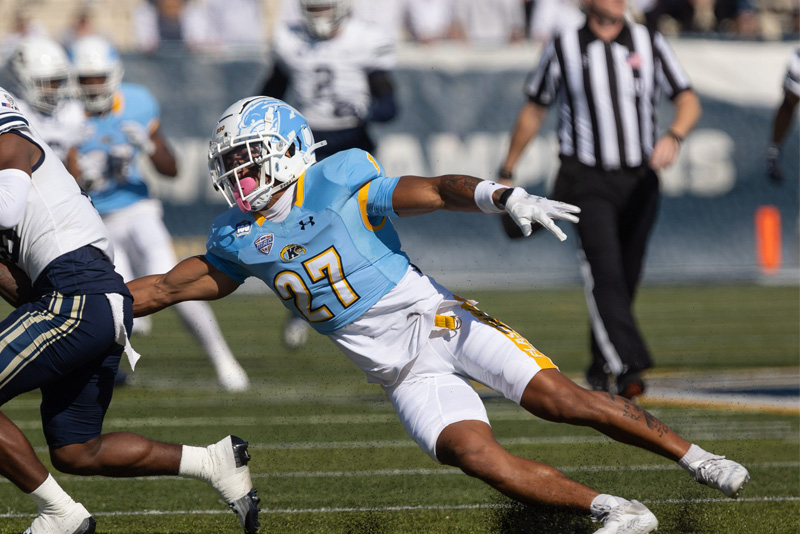 The Doyt L. Perry Stadium will feature the Kent State Golden Flashes against the Bowling Green Falcons in Bowling Green, OH, on Wednesday at 7:00 PM ET. Kent State had to rely on their 39th-ranked offense (431 yards per game), the poorest in the FBS with 452.9 yards allowed per game. Kent State had better results offensively, placing 88th in the FBS with an average of 219.7 passing yards per game, but having a bottom-25 pass defense that placed 10th-worst in the FBS (282.8 passing yards surrendered per game).

Kent State’s run defense this season is 98th (170.1 running yards allowed per game), while the team was prospering on offense, at rank 17th in the FBS with 211.3 rushing yards per game. The team’s offensive third-down percentage is 45.7%, which places them 31st in the FBS. The defense allows a 41.9% third-down rate, which is 95th overall in the league. Kent State’s -2-2 turnover margin ranks 100th in NCAA college football with 8 forced turnovers (111th in the FBS) versus 10 turnovers committed (30th in the FBS).

The Bowling Green Falcons are 103rd in the FBS with 418.6 total yards surrendered per game, which is better than their 23rd-worst total yards per game (334.1) last season. Bowling Green generates 219 passing yards per game from an offensive standpoint (91st-ranked). Its defense is ranked 106th in the FBS (261.4 passing yards surrendered per game).

The Falcons improved on the defensive end of the ball, placing 82nd in the FBS with 157.1 running yards allowed per game, but having the 24th-worst rushing yards per game (115.1). This year, the team struggled both on offense and defense, placing 19th-worst in both third-down conversion percentage (33.3%) and third-down percentage surrendered (46.3%). Bowling Green ranks 30th in the FBS with a turnover margin of +5, with 18 forced turnovers (15th in the FBS) and 13 committed turnovers (67th in the FBS) this year.