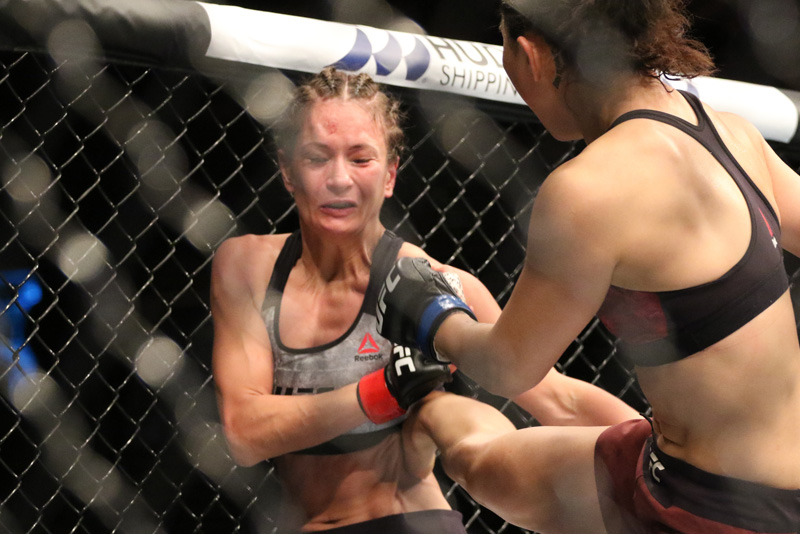 The UFC strawweight returns to the octagon this Saturday, as she takes on Karolina Kowalkiewicz at UFC 281 at Madison Square Garden in New York. Kowalkiewicz (13-7 MMA, 6-7 UFC) being a former UFC title challenger and a veteran of the promotion has Juarez (11-4 MMA, 1-2 UFC) delighted with the booking. She sees it as a great opportunity to make a statement and get closer to the rankings.

Silvana Gomez Juarez is fairly new to the UFC but she’s had Kowalkiewicz on her radar for many years. Kowalkiewicz is a former KSW women’s flyweight champion and fought the majority of her early career under that banner. Juarez also competed under KSW, as she challenged then-flyweight champion Ariane Lipski for the women’s 125-pound title.

Karolina Kowalkiewicz vs Silvana Gomez Juarez. The UFC pick for this fight is Silvana Gomez Juarez. Heading into this weekend’s strawweight bout, with both women sharing the same height, Kowalkiewicz will have a slight advantage in the reach department. In her last bout, Kowalkiewicz rolled back the years with her combinations and tore up Herrig with her vicious knees. With that being said, Kowalkiewicz showed signs that she could get caught. When watching Gómez Juárez, she loves to land clean and look for that knockout blow from the get-go. If Kowalkiewicz fights like that against Gómez Juárez, she will get caught. From the off, Kowalkiewicz will look to engage and try to take the fight to the floor. However, Gómez Juárez will find a way to weather the storm and land the knockout blow.