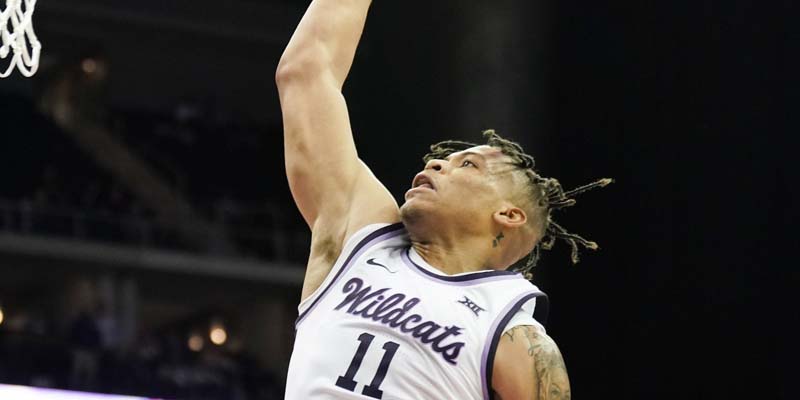 Tuesday night’s NCAAB hostilities will feature a Big 12 Conference showdown as two teams square off in search of a win in the Lone Star State. The Kansas State Wildcats are on the road as they travel to face the #6 Texas Longhorns Tuesday night at Moody Center in Austin, TX. Kansas State recently won at home over West Virginia 82-76 in overtime Saturday afternoon, covering as a one-point favorite. Kansas State is 1-0 in Conference play.

The Wildcats are looking for their 7th straight win after tallying 9-1 in their last 10 matches of the season. Kansas State started slowly against West Virginia, trailing 13-1 less than five minutes into the game. The Wildcats lagged 11 at the half, and staged a 31-12 run to take a 52-44 lead at the end of the 3rd frame. Kansas State was 5 points up with 3:30 left in regulation to end the 4th in overtime. The Wildcats scored the first 6 points in the extended session and never looked back for the victory The Wildcats were 42% in FG shooting, including three of 16 from three-point range, lost the rebounding department 50-36, converted 21 of 34 free throws and still won the match. Markquis Nowell led Kansas State with 23 points, 10 assists, and seven steals in the win.

At “ The Lone Star State “, The Texas Longhorns managed to win the close-quarter battle over Oklahoma on the road for their sixth straight win in the season. The Longhorns are 12-1 overall and stand 1-0 in the Big 12 Conference. In their victory over Oklahoma, Texas trailed by as many as seven points in the first half before cutting it to four at the half. Texas lagged by 7 with 17:50 to play, by four with 7:35 to go, and by three with 2:31 to play before launching their thrust.

Kansas State Wildcats vs 6 Texas Longhorns. The NCAAB pick for this game is the #6 Texas Longhorns. Texas is a perfect 9-0 at home on the year and seven of those victories were up by at least 15 points. The Longhorns shoot the ball well and they are efficient in their defense. Take the Longhorns to take advantage of the home-court setting predicted to a score of 76-62.