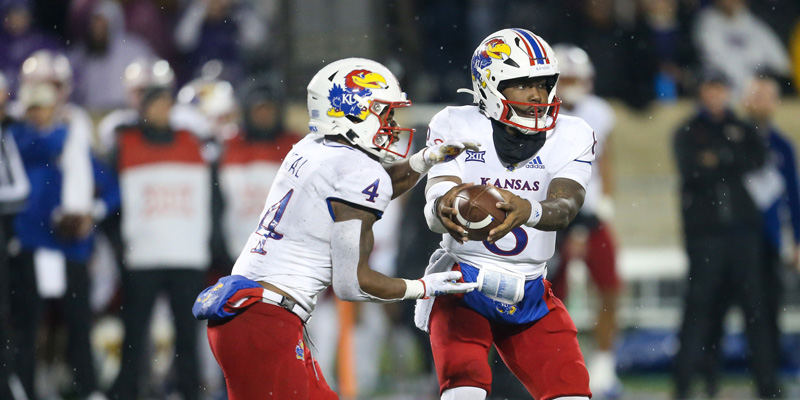 The Kansas Jayhawks will collide with the Arkansas Razorbacks in the AutoZone Liberty Bowl at Simmons Bank Liberty Stadium in Memphis, Tennessee on Wednesday late afternoon at 5:30 PM (EDT). Kansas will take part in a bowl game for the first time in 14 years. The Jayhawks did not expect a place in Bowl contention but being at the spot highly motivates the team. Kansas delivered the goods in the season openers after beating West Virginia, Houston, Duke, and Iowa State of their 5-0 start.

The Razorbacks lost 3 of their last 5 road matches. Jefferson completed 68.3 percent of his passes for 2,361 yards, 22 touchdowns, and 4 picks. Matt Landers and Jadon Haselwood combined for 1,482 receiving yards and 10 TDs while Trey Knox had 26 receptions. Arkansas’ ground game averages 224.9 yards per contest and Raheim Sanders leads with 1,426 yards and 10 TDs. Defensively, Arkansas is allowing 28.8 points and 453.2 yards per game. Drew Sanders leads Arkansas with 103 tackles, Jordan Domineck has 6.5 sacks and Dwight McGlothern has 3 picks.