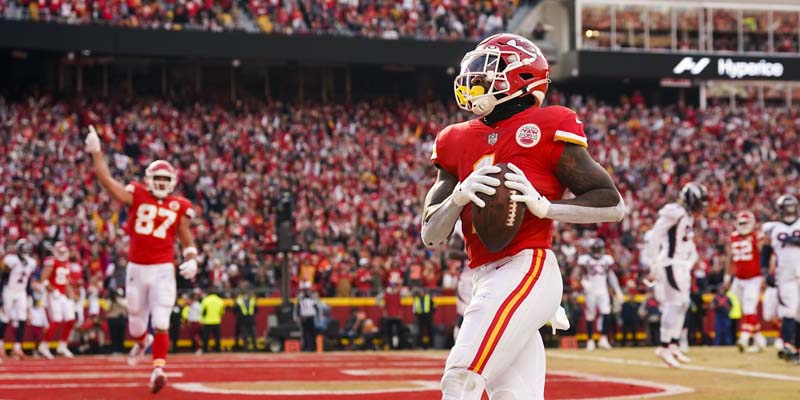 The Kansas City Chiefs will be at Allegiant Stadium in Paradise, Nevada to clash with the Las Vegas Raiders on Saturday afternoon. Kansas City is on a four-game winning run and a victory in this match would put them as the top seed in the American Football Conference. Kansas City comes into this week with thirteen wins on the year after a 3 point victory against Denver. The Chiefs sit at 13-3 and have the momentum heading the right way.

At “ The Entertainment Capital of the World “, The Las Vegas Raiders are third 6-10 in the AFC West, and are 4-6 in their last 10 outings of the season. The Raiders are officially eliminated from playoff contention. Las Vegas will try to end their season with a bang and will play with nothing left on the line but their pride. LAs Vegas has several players on the injury list.

The Raiders have 4 of their last 6 matches at home. Jarrett Stidham completed 66% of his passes for 437 yards, 3 TDs, and 2 interceptions. WRs Davante Adams and Mack Hollins summed up for 2,118 receiving yards and 18 touchdowns while Foster Moreau had 32 receptions. Las Vegas’ ground game is averaging 122.5 yards per game and Josh Jacobs leads the way with 1,608 yards and 12 TDs. The Raiders allowed 24.2 points and 366.7 yards per game. Maxx Crosby leads the defensive line with 84 tackles, Chandler Jones has 4.5 sacks and Duron Harmon has 2 picks.