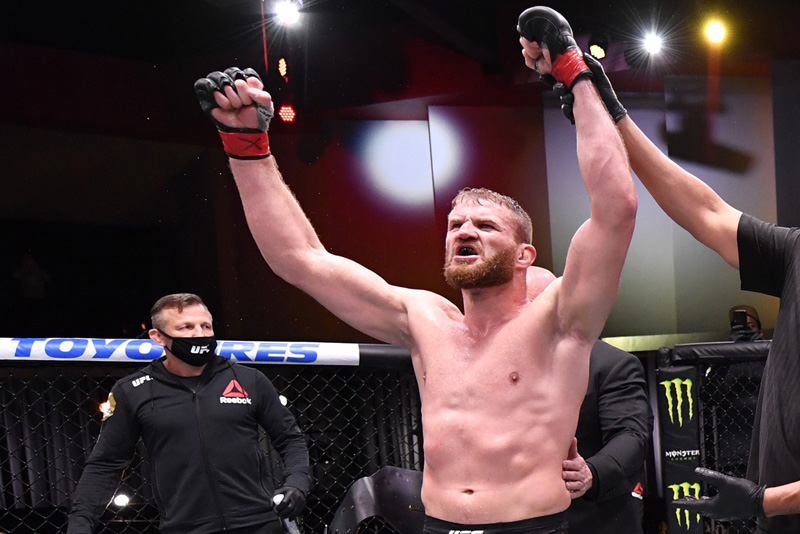 The 6’2”, 205 pounds Jan Blachowicz heads to the UFC 282 main event on Saturday. The reach for the 39-year-old is 77 inches. Blachowicz has a record of 25-8-0. Jan has an average fighting time of 12:07 minutes. Blachowicz averages 1.08 takedowns with an accuracy percentage of 53 percent. He is coming off a knockout win at UFC on ESPN 36 where he landed 53 total strikes. Blachowicz delivered knockouts in 4 of his last 6 victories, and he’s 10-3 since 2017. Blachowicz is a scrappy Polish fighter who is willing to push the pace and trade on the feet and is a blackbelt in BJJ.

Jan Blachowicz has a total of 3.5 strikes per minute landed with a 49% accuracy in hitting the target. Jan is absorbing 3.16 strikes per minute on average and allows the opponents to hit at 53% accuracy. Blachowicz is ranked the No. 3 light heavyweight contender in this event. He knocked out Dominick Reyes for the 205-pound championship a couple of years ago, then successfully defended the title with a decision victory over Israel Adesanya.

Blachowicz lost the title to Teixeira last year before bouncing back with a TKO win against Aleksandar Rakic last May. The 39-year-old is 10-2 in his last 12 matches with five Performance of the Night bonuses. Blachowicz Muay Thai augments his skills as a strong technical striker with power in both his punches and kicks. Jan also has efficient grappling credentials and nine submission wins in his career.

These light heavyweight pugilists will vie for the empty championship title vacated by Jiri Procházka due to an injury. Glover Teixeira turned down a replacement fight with Ankalaev.

Blachowicz used to hold the title but isn’t expected to get it back. UFC odds opened with Ankalaev as a -200 favorite before growing to -275.

Magomed Ankalaev stands at 6’2” and 205 pounds coming into this battle. But Ankalaev’s reach stretches at only 74 inches. The 30-year-old has an impressive 13-1-0 slate under his name. The average fight time for Magomed is 11:03, but for Jan it is coming in at 12:07 minutes.

Ankalaev is a bar behind Jan Blachowicz in the rankings and is on a nine-duel winning run after recently blowing out  Anthony Smith by TKO in July. Magomed has just one loss in his MMA career when he made his UFC debut four years ago against submission-specialist Paul Craig. He was on his way to a dominant victory before suffocating in a triangle choke with one second left in the bout.

Magomed Ankalaev has a combat sambo background and is a very well-rounded fighter combining tough wrestling capabilities with powerful and accurate kickboxing.

This fight is going to be a quick one as neither fighter really goes long in their battles. So the under is the safer option in this bout here on the round totals. Look for the fight to favor Magomed who protects himself better. UFC 282 Winner Prediction, Magomed Ankalaev.