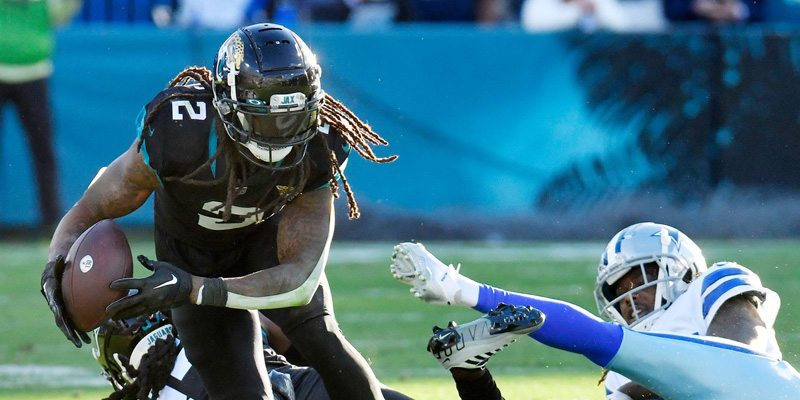 The week 16 NFL schedule will feature the Jacksonville Jaguars and the New York Jets from MetLife Stadium in MetLife Stadium in East Rutherford on Thursday evening. The Jaguars (6-8) won three of their last four games and trail the Tennessee Titans by a full game for the AFC South Division top post. Rayshawn Jenkins returned an interception 52 yards for a touchdown in overtime to lift Jacksonville to a 40-34 home victory versus Dallas, Tuesday.

The Jaguars lost 4 of their last 5 road games. Trevor Lawrence completed 66 percent of his passes for 3,520 yards, 24 touchdowns, and 7 picks. Christian Kirk and Zay Jones combined for 1,730 receiving yards and 12 TDs while Evan Engram had 61 receptions. Jacksonville’s ground game is averaging 127.2 yards per contest. Travis Etienne Jr. leads with 914 yards and 4 TDs. Jacksonville’s defense is allowing 23.4 points and 370.7 yards per game. Foyesade Oluokun leads the Jacksonville Jaguars with 156 tackles, Dawuane Smoot has 5 sacks and Andre Cisco has 3 picks.

Meanwhile, The New York Jets are hovering outside looking for an AFC Wild Card berth and need to win their remaining three matches to have a shot in the postseason hostilities. New York’s playoff hopes took another crushing blow during a 20-17 home loss versus Detroit last Sunday. The Jets (7-7) surrendered a 51-yard touchdown pass with less than two minutes remaining and have now lost three straight.

Jacksonville Jaguars vs New York Jets. The NFL pick for this game is the New York Jets. New York Jets QB Mike White suffered a rib injury in the loss with the Buffalo Bills and is not sure to suit up in this contest. The Jets rank third in the league in total defense and urgently need a win. Take New York to win at home. The New York Jets will win by a predicted score of 21-19.