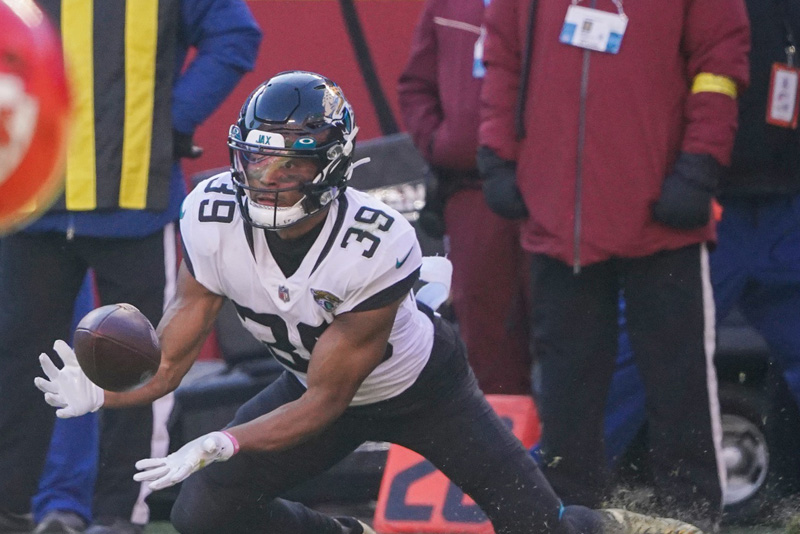 The Jacksonville Jaguars will invade Arrowhead Stadium in Kansas City to clash with the Chiefs on Sunday at 1:00 PM ET. Jacksonville is 3-6 overall, 3-3 in conference play, and 3rd in AFC South with a 2-3 home and 1-3 away from home record for the season. The Jags ended a five-game losing streak after a seven-point home victory over the Las Vegas Raiders 27-20. The Jaguars acquired 403 yards of total offense while giving away just 321 total yards to the Raiders in the victory. RB Travis Etienne Jr. ran for 109 yards and nailed two touchdowns.

The Jaguars’ starting QB Trevor Lawrence passed for 2,075 yards and penetrated the end zone eleven times with six interceptions to lead the passing offense for Jax. RB Travis Etienne Jr. powered the ground offense after rushing for 680 yards and landing four TDs while WR Christian Kirk led the receiving unit with 574 yards to earn five TDs. LB Foyesade Oluokun accumulated 88 total tackles while the Jaguars made 16 sacks and eight interceptions for the year.

The Kansas City Chiefs stayed at home to host the invading Jacksonville Jaguars on Sunday. KAnsas City is 6-2 overall riding on a two-game winning run including their recent 20-17 overtime win at home over the Tennessee Titans last week. Kansas City is 3-2 in conference play and took the lead in the AFC West with a 3-1 home record following their recent home win over Tennessee. QB Patrick Mahomes forced the game into overtime after scoring on a 14-yard rush with only three minutes remaining in regulation time to even the score on the way to extending the game. The Chiefs won in overtime through PK Harrison Butker’s field goal after holding Tennessee to only 229 yards of total offense.

Kansas City starting QB Patrick Mahomes totaled 21 touchdowns in passing for 2,605 yards with six interceptions in leading the offense through the air this season. RB Clyde Edwards-Helaire led the rushing attacks for the Chiefs with 293 yards and penetrated the end zone three times while the receiving unit was led by TE Travis Kelce with 659 receiving yards and seven touchdowns. The defensive line for Kansas City is led by LB Nick Bolton with 73 total tackles while the Chiefs earned 22 sacks and three interceptions on the season.