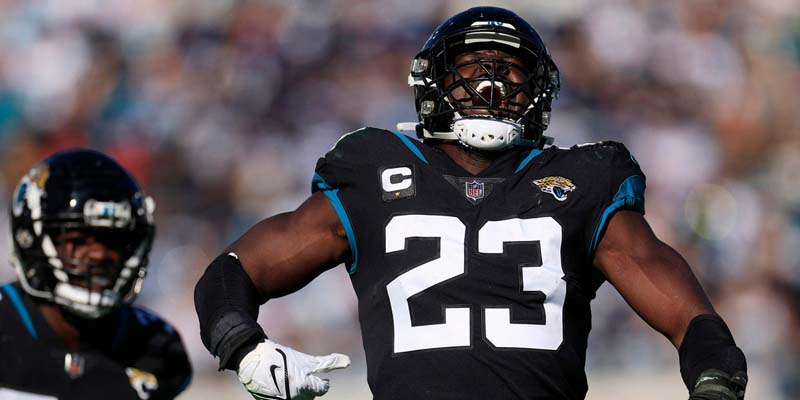 The Jacksonville Jaguars will face off with the Houston Texas at NRG Stadium on Sunday, January 01, 2023, at 1:00 PM ET. Overall this season, the Jaguars accumulated 5,516 total yards. Jacksonville amassed 188 first downs and 84 penalties for 619 yards. Jacksonville accrued 24 throwing touchdowns and 13 running touchdowns in terms of touchdown distribution. The team fumbled the ball 19 times (7 picks and 12 fumbles lost). They average 128.5 yards on the ground as a team, which places them 11th in the league. The Jacksonville Jaguars are averaging 23.5 PPG in terms of netting points.

The Jacksonville Jaguars are now 7-8 on the year going into this game. The Jaguars defeated the Jets 19-3 in their most recent game. Trevor Lawrence, the quarterback for the Jaguars, had a fantastic day, completing 20 of his 31 passes for 229 yards while also adding a rushing touchdown to the tally. Lawrence is unquestionably the core of the Jaguars offense. However, he will need to be at the top of his game against the Houston Texans this week.

The Texans ranked 26th in the league in points allowed (23.9 PPG). They allowed 13 passing touchdowns and 212.5 yards per game, ranking them 13th across all teams. The Texans surrendered 358 total points this season and 2,529 total running yards (168.6 yards per game). The Texans defense engaged in 1,004 plays, which ranks them 31st in the league.

The Texans enter this game with a season record of 2-12-1. The Texans trounced the Titans by a score of 19-14 in their most recent game. With little over 3 minutes remaining, Texans quarterback Davis Mills connected with wide receiver Brandin Cooks on a 6-yard touchdown pass to seal the victory. Despite having only two touchdowns in the 2022–2023 season, Cooks now boasts the most receiving yards of any Texans wide receiver.