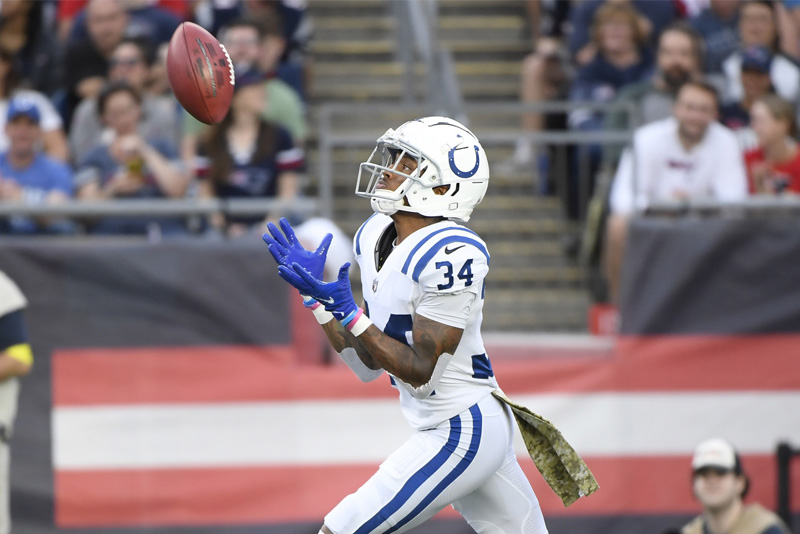 The Indianapolis Colts will gallop toward Allegiant Stadium in Las Vegas against the Raiders on Sunday at 1 PM ET. Indianapolis comes into this match-up carrying a 3-5-1 record and 2nd in the AFC South Division with a 3-4-1 conference play and 1-3-1 on the road this season. Indianapolis has been playing bad football with its 3-game losing skid including a 3-26 road defeat to the New England Patriots last week. QB S Ehlinger completed 15 of his 29 passes for 103 yards and intercepted once in the process while also running the ball five times for 39 yards in the loss.

Starting QB Matt Ryan led the air offense with more than 2,008 yards after completing 68.3% of his passes and connected 9 TDs with 24 sacks and 8 picks. However, QB Sam Ehlinger took over the position as the starting quarterback lately with 304 yards, 11 sacks, and one interception. Ehlinger started with a tough start without starting running back Jonathan Taylor who led Indianapolis in the running game with 462 yards on 107 carries for the year.

The Las Vegas Raiders are back home to try to get back from losing two consecutive outings. Las Vegas comes into this match-up with an overall record of 2-6-0 while taking the 4th place in the AFC West Division with a 1-2 division and 2-4 conference play. The team lost three of their last five games played including two successive road losses to the Jacksonville Jaguars at 20-27 and the New Orleans Saints with a 0-24 defeat. Their last two victories came at home over Houston 38-20 and Denver 32-23.

Indianapolis Colts vs. Las Vegas Raiders. The NFL Pick for this contest is the Las Vegas Raiders. Both teams planned to replace their head coaches due to the team’s poor performances in the season. However, only the Colts went through the plan and acquired a new head coach that needed to blend with their players while the Raiders retained Josh McDaniels. Las Vegas will acquire their third win at home on Sunday predicted at 28-21.