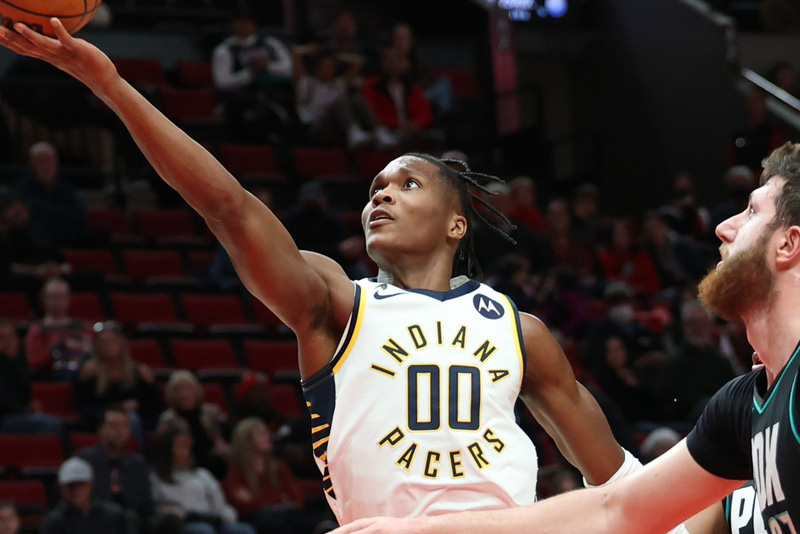 The Indiana Pacers will proceed to “ The Bay Area “ for their 6th road game of 7 against the Golden State Warriors at Chase Center in San Francisco, CA, Monday evening. The Pacers are intent to end their 3-game losing skid after recently losing to the Trail Blazers 100-116 at Moda Center in Portland Oregon, Sunday. Indiana is 6th at 12-11 in the Eastern Conference and third in the Central Division.

The Pacers split their last 10 matches of the season. In their loss to the Trail Blazers, Center Myles Turner delivered 24 points and hauled nine rebounds. SG Buddy Hield brought in 22 points in a bid to fill PG Tyrese Haliburton’s absence with a groin injury. Haliburton is the top point contributor of the team with 19.1ppg, 46.1% in FG shooting, and 83.9% from the charity stripe.

At “ The Golden Gate City “, The Warriors are finally gearing traction grooving toward their championship form in their last 10 matches of the season. The Dubs are in a 2-game winning run after dismantling the visiting Houston Rockets to a score of 120-101, Sunday. SF Andrew Wiggins led the Warriors bringing in 36 points. Center Kevon Looney grabbed 12 boards and scored 9 points. PG Steph Curry paves the way for the Golden State Warriors with 30.8 points per game.