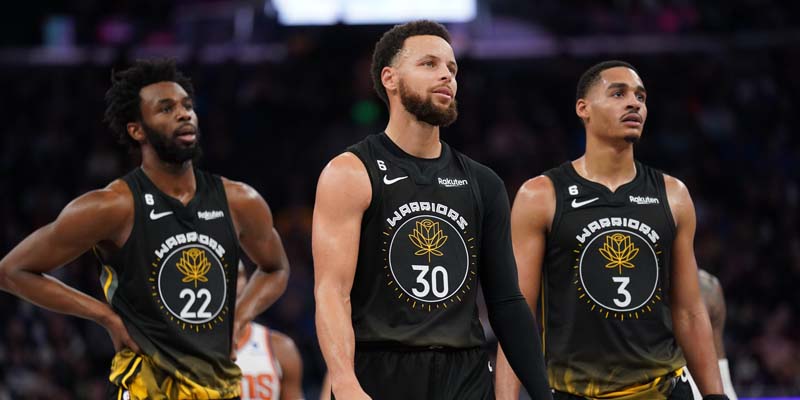 The Golden State Warriors, decked out in their iconic blue and yellow, will be heading to the AT&T Center to engage in a fierce battle against the San Antonio Spurs. Despite being reigning NBA Champions, the Warriors (20-21) have been struggling lately, having lost three consecutive games and currently ranking 17th in the league in defensive efficiency. In their most recent match on Tuesday, they found themselves trailing by a significant 14 points at halftime during a 125-113 home loss against the Phoenix Suns.

Golden State’s Klay Thompson put up a valiant effort, scoring a game-high 29 points on 10-for-24 shooting from the field and grabbing five rebounds. Jordan Poole also put in a strong performance off the bench, scoring 27 points and dishing out six assists in 34 minutes. Steph Curry, who recently returned from injury, contributed 24 points for the Warriors.

At “ The Alamo “, The San Antonio Spurs, donning their classic silver and black uniforms, are facing a tough challenge as they dropped 14 of their first 22 home games and are currently tied for last in the league in defensive efficiency. In their most recent match on Wednesday, they were unfortunately outmatched by the Memphis Grizzlies, who torched them from the three-point line during a 135-129 road loss. The Spurs (13-29) were unable to keep pace, surrendering 76 points in the first half, while the Grizzlies knocked down 14-for-22 from long distance.

Despite the tough loss, Keldon Johnson put up a valiant effort for the Spurs, leading seven players in double figures with 24 points (11-12 FT) and four rebounds. Tre Jones also contributed with 22 points, six rebounds, and six assists. Zach Collins added 14 points and pulled down 12 boards in 22 minutes off the bench. The San Antonio Spurs are shooting 34.5 percent from beyond the 3-point area and 73.8% from the FT line. The San Antonio Spurs are allowing 39.4 percent shooting from deep and are grabbing 42.8 rebounds per game.