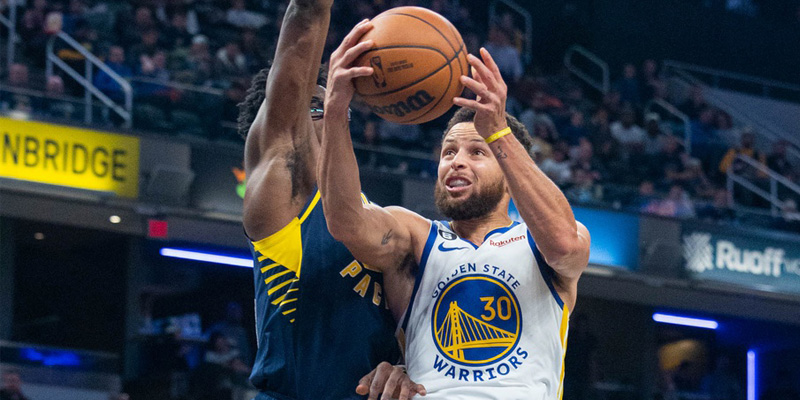 The Golden State Warriors will proceed to Wells Fargo Center in Philadelphia, PN on Friday evening and compete with the Philadelphia 76ers on Friday evening. The Warriors are 10th at 14-15 in the Western Conference and 4th in the Pacific Division. Golden State lost at Indiana 125-119 on Wednesday. PG Steph Curry topped the scoring line with 38 points. Curry leads the Warriors on the season with 30 points per game.

The Warriors split their last 10 games of the season. Curry hurt his shoulder in the Indiana game and is on day-to-day status while he waits for an MRI of his injury. Wednesday night’s loss had Curry score 27 of his 38 points in the first half before leaving the game late in the 3rd quarter. Curry grabbed at his shoulder and disappeared into the locker room and didn’t return. The Warriors are now just 2-12 on the road this season.

At “ The City of Brotherly Love “, the Philadelphia 76ers will play their fourth straight game defending their turf against the Warriors. Philadelphia routed the Sacramento Kings 123-103 in their last game played at Wells Fargo Center on Tuesday. Center Joel Embiid led the 76ers with 31 points and 7 rebounds. Embiid leads the team on the season with 33.3 points per game. Philadelphia is 5th at 15-12 in the Eastern Conference and third in the Atlantic Division.

The 76ers are 6-4 in their last 10 matches of the season. Philadelphia currently has three straight wins with the team getting healthier and completing the missing pieces of the lineup. Center Joel Embiid has returned to MVP-winning form as the Sixers won their last three home games by double digits. IEmbiid averaged 40.7 points per game, shot 66% from the floor, and pulled down over ten rebounds per game in that span of the games.