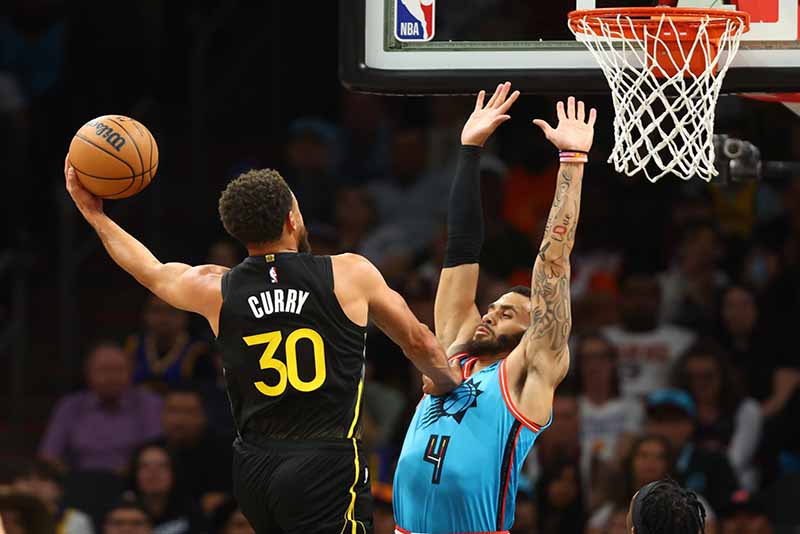 The Golden State Warriors will invade “ The Space City “ to battle the Rockets at Toyota Center in Houston, TX on Sunday, November 20, 2022, at 7:00 PM ET. The Warriors recently lost to the Suns 130-119. Golden State earned a 45.7% field goal percentage (42 of 92) and made 18 of their 42 three-point tries to win the game. The Warriors shot 17 of 17 free throws, making them a 100 percent success rate. They pulled down 40 rebounds, with six of them coming from the attacking end.

In addition, they had 5 steals, 15 turnovers, and 30 assists during this game. When it came to defense, Golden State gave up 44 of 86 shots for a field goal percentage of 51.2%. Phoenix had 5 steals and 33 assists in this game. Phoenix also collected 47 rebounds (8 offensive, 39 defensive), as well as 3 rejections. Phoenix made 21 of their 25 attempts at the free throw line, finishing the game with 84.0%.

The Houston Rockets defeated the Mavericks 101-92 the last time they met. The Rockets managed to pull in 56 total boards—47 defensive and 9 offensive. Houston committed 20 turnovers and had only one steal. The Mavericks committed 19 personal fouls, allowing the Rockets 24 trips to the charity stripe. Houston managed to convert  87.5% or 21 points from the free-throw area. Houston made 10 out of their 22 attempts from beyond the arc (45.5%). The Rockets shot 35 for 75 from the field for a 46.7% field goal percentage when the game was over. The Mavericks shot 30.4% overall in this game and were only able to make 31 of their 102 field goal attempts thanks to the Rockets.

Golden State Warriors vs Houston Rockets. The NBA pick for this game is the Golden State Warriors. The Warriors’ core players and Steve Kerr all stated that they are not in a panic because they are aware that the team still has problems to address and that every opponent is waiting to attack them. The situation has its solution and will drastically change if they lose on the road once more, possibly even resulting in Bob Myers trading a young player to bring in a seasoned defensive player. The Golden State Warriors will win to a predicted score of 122-111.