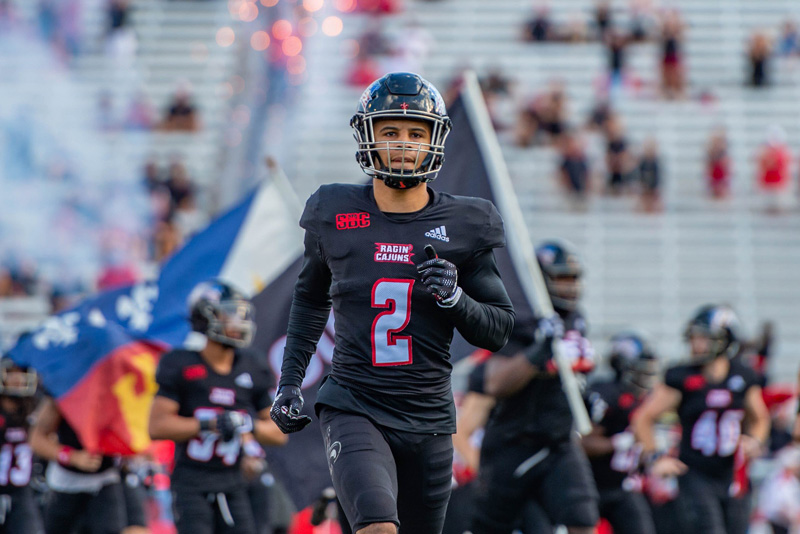 The Georgia Southern Eagles will battle the Louisiana Ragin Cajuns at Cajun Field in Louisiana, on Thursday, November 10, 2022, at 7:30 PM ET. The Southern Eagles are 5-4 going into this game. The Eagles lost to the University of South Alabama Jaguars by a score of 38-31 the last time they played on the grid. QB Kyle Vantrease completed 26 of 45 passes for 278 yards and two touchdowns. He finished the match with one interception and a QB rating of 119.9. The Eagles’ top rusher, Jalen White, with 10 carries for 65 yards (6.5 yards per attempt).

The Southern Eagles carried the ball 18 times for a total of 88 yards, a yardage average of 4.9. The Eagles completed 63 plays in all, giving them 366 yards. Georgia Southern gave up 16 pass completions on 27 attempts for a completion percentage of 59.3% and a total of 193 yards. The team struggled to stop the run, giving up 321 yards on 56 attempts—5.7 yards per rush allowed.

The Louisiana Ragin’ Cajuns are 4-5 going into this game. The Ragin’ Cajuns were beaten by the Troy Trojans 23-17 the last time they played on the road. Ben Wooldridge finished the game with 112 yards and a quarterback rating of 77.3 while passing for 13/29 yards. His Y/A was 3.9 and he didn’t throw any interceptions. For Louisiana, Chris Smith ran the ball 18 times for 98 yards, averaging 5.4 yards per carry.