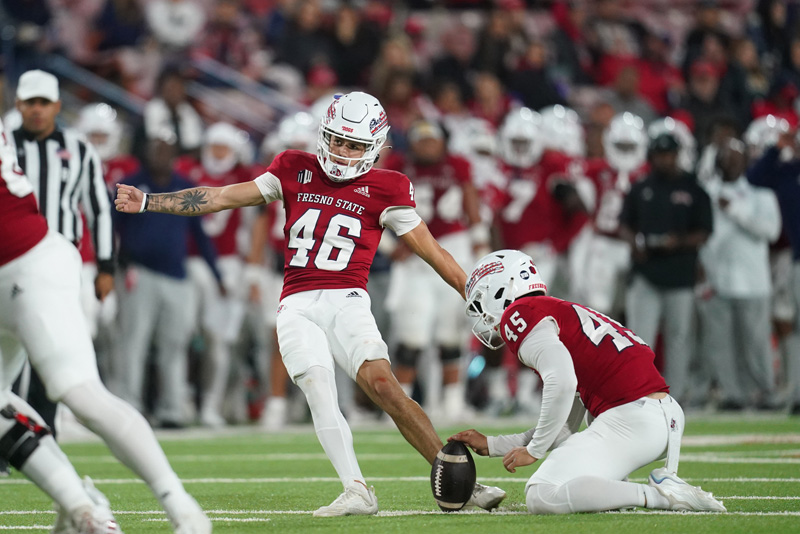 The Fresno State Bulldogs will clash the UNLV Rebels At Allegiant Stadium in Las Vegas, NV, on Friday at 10:30 PM ET. The Bulldogs had a season record of 5-4 entering this match-up. The Bulldogs beat Hawaii Rainbow Warriors by a final score of 55-13 the last time they played on the field. Jake Haener completed 24 of 29 passes for 327 yards and 4 touchdowns. He finished the game without throwing an interception and finished with a quarterback rating of 223. RB Jordan Mims was the Bulldogs’ top rusher (6.8 yards per carry) with 18 totes for 123 yards.

The University of Las Vegas Nevada Runnin’ Rebels enter this contest with a 4-5 record for the year. The Runnin’ Rebels lost to the San Diego State Aztecs by a final score of 14-10 the last time they played on the field against them. For UNLV, Aidan Robbins ran the ball 21 times for 115 yards, averaging 5.5 yards per carry at the end of the game. Doug Brumfield (1 TD) finished the game with 207 yards passing on 17/27 attempts, good for a quarterback rating of 124.8. Two of his passes were intercepted, and his Y/A was 7.7. 41 run attempts for 99 yards were permitted by UNLV (2.4 yds per rush).