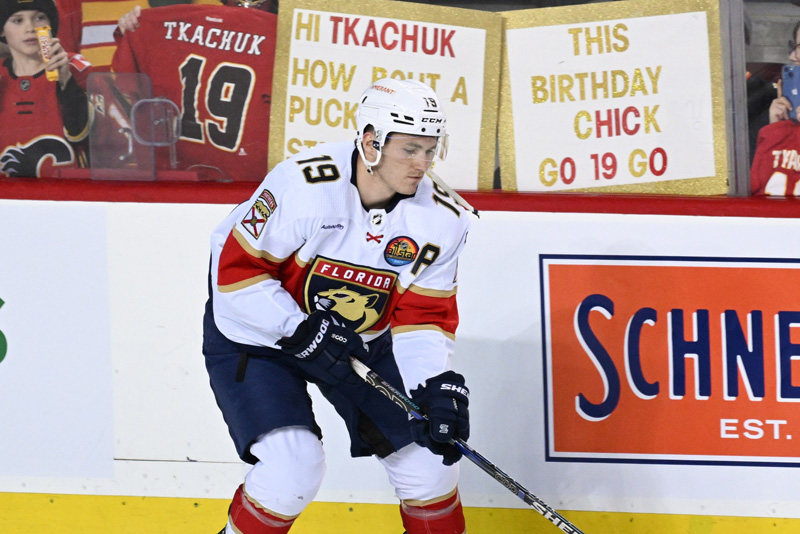 The Florida Panthers and the Vancouver Canucks will battle at Rogers Arena in Vancouver, BC, CAN, on Thursday at 10:00 PM ET. After recently losing to the Calgary Flames 6-2, the Florida Panthers will try to put some things in order. Florida spent 12 minutes in the penalty box. They also had four power-play chances, but they failed to score any. In the loss, the Panthers struggled mightily on the attacking end of the rink. Out of the 33 shots they took during the game, they managed to score on only two of them. The opponents of the Florida Panthers attempted 89 power plays, which ranks second in the league, and resulted in 21 goals. The Panthers currently faced 730 shots and have a.890 save percentage. Florida now has a shooting percentage of 8.5% after 905 attempts. The Panthers scored 60 goals offensively while allowing the opponent to score 59 goals while playing at even strength.

The Panthers entered the ice with 89 power play opportunities and added 17 goals from those opportunities, giving them a 19.10% rate. They accumulated 24 points for the current campaign, and their points percentage is.522. Florida scored 77 goals this season, which ranks them 11th in the league, while giving up 80 goals, making them a scoring team.

Meanwhile, the Vancouver Canucks took 686 shots for a shooting percentage of 11.66%, ranking them 19th in the NHL while permitting their opponents to take 762 shots. On the opponents’ 72 power play chances, they have a cumulative penalty kill percentage of 66.67%, and their save percentage is 88.6%. With 80 opportunities earned on the power play, they have a 27.50% success percentage.

The Canucks are fifth in hockey with 58 goals scored at even strength and 22 goals scored on the power play. The Vancouver Canucks scored a total of 80 goals, 21 points, and a points percentage of.457 thus far this season.

Location: Rogers Arena, BC, CAN