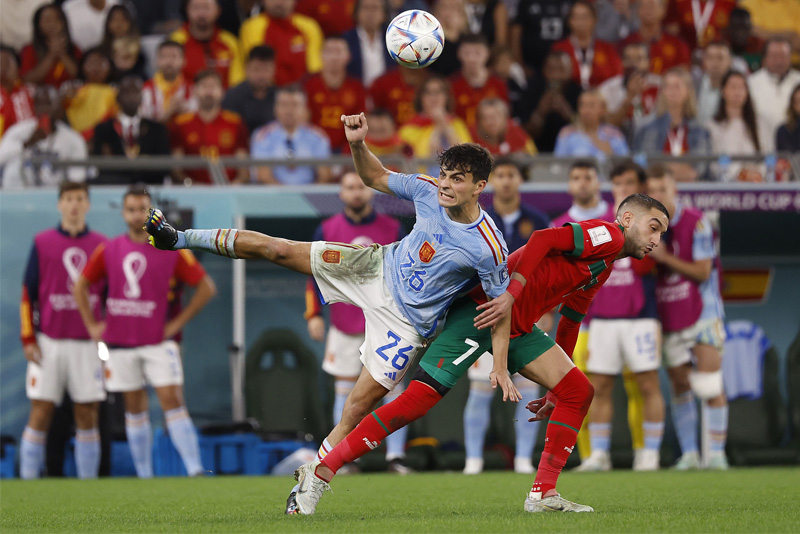 A 65% increase from the previous betting data is anticipated to build from the FIFA World Cup Event. The tournament is currently on schedule until the Finals on Dec 18, 2022, in Doha, Qatar.

Barclays Plc analysts announced that an estimated total of $35 billion will be spent on the 2022 FIFA World Cup after data showed an upward trend in online gambling during the pandemic.

The FIFA World Cup is now in the quarterfinal stages. The first eight countries confirmed at this phase are Croatia, Netherlands, Morocco, England, Brazil, Argentina, Portugal, and France. On Dec 9, 2022, Croatia will face Brazil at 10 AM (EST). The Netherlands plays Argentina at 2 PM (EST).

Analysts including James Rowland Clarke said that wagering is promoted by matches played at prime times for Europe in the winter months when fewer people are off on holidays than in summer-held soccer competitions. The surge in online betting boosted the online gambling industry which did not do well during lockdowns and cancellations of sporting events.

The FIFA World Cup had 5 games ending in a draw as of Friday, December 2, 2022. These results are friendly to sportsbook operators. Most bettors tend to place their wagers on a winning team and not to opt for tied-ball games. Matches ending in a tie are a rare occurrence in plays on the World Cup level but 5 just went through favoring bookmakers in the market.

Sportsbooks Boost their Gambling Advantages In the World Cup Competition

The European and Latin American promotion of Entain is much wider than that of Flutter. Meanwhile, Flutter concentrates its operation more on the United Kingdom and Italy. Barclays rates the two entities on equal footing and estimates equal boosted earnings on both.

Meanwhile, Bloomberg analysts placed the United States wagering arena with a forecast of around $1.8 billion which will be lower compared to its European counterparts. The US betting market on the World Cup will be just a fraction of the $7.6 billion spent on the Super Bowl and $3.1 billion on NCAA basketball’s March Madness, wrote Bloomberg analyst, Brian Egger.

The Surge of World Cup Betting Comes Fraud to Deal With

Online Gambling is soaring in popularity with the World Cup at its zenith. Riding the wave crests the threat of fraudulent transactions to bettors and sportsbooks alike. The frequency of scams and fraudulent activities in gambling rose to 50.1% in the first quarter of 2022 from that in the same period last year.

Sportsbooks took extensive measures in reducing the risk of fraud. Online betting platforms designed their betting programs to verify the identities of their online bettors by employing the services of a digital identity verification partner like IDnow. This app has experience in dealing with spikes in fraudulent activities.

There were some issues involving security and betting fraud during the last 2018 World Cup. Betting operators are aware of such concerns and laid a solution for these anomalies.

Bookmakers posted odds that were not accurate due to a lack of liquidity, and many customers were not able to place their bets. The lack of transparency was an issue, and some bookies were accused of game-fixing. Criminals came in to play using bots to con bettors to place wagers on certain teams or players.

Fraudulent betting is a problem that is happening in all countries where gambling is legit, not only those hosting major sporting competitions like the World Cup or Olympics. For instance, in the 2018 World Cup held in Russia, several game-fixing activities were reported by players and officials from different countries participating throughout the stages of the tournament.

Betting sites also advanced the registration of bettors by doling out incentives for the early registry. As a result, the presence of a secure identity verification provider such as IDnow, vets customers’ identities thereby preventing such abuses from happening. In addition, sportsbooks proposed special offers such as free bets and bonuses that often attracted the attention of punters and drive sign-ups allowing operators to design different marketing offers in advance to spread out the identity verification procedure.

But at times, betting operators sometimes mismanage bonus abuse. Fraudulent registrants exploit this promotion by signing on several occasions. The fraud of multiple registrations causes sportsbooks to have their inventory operate on a negative financial imbalance. European betting companies discourage the bonus incentive system. But in the US and Brazil, for example, bonuses are offered generously.

With the heavy betting activity so close to the Yuletide season, experts warned of the crisis in the cost of living that will result in budget deficits for families.

For more information on the FIFA World Cup 2022, visit www.idsca.com