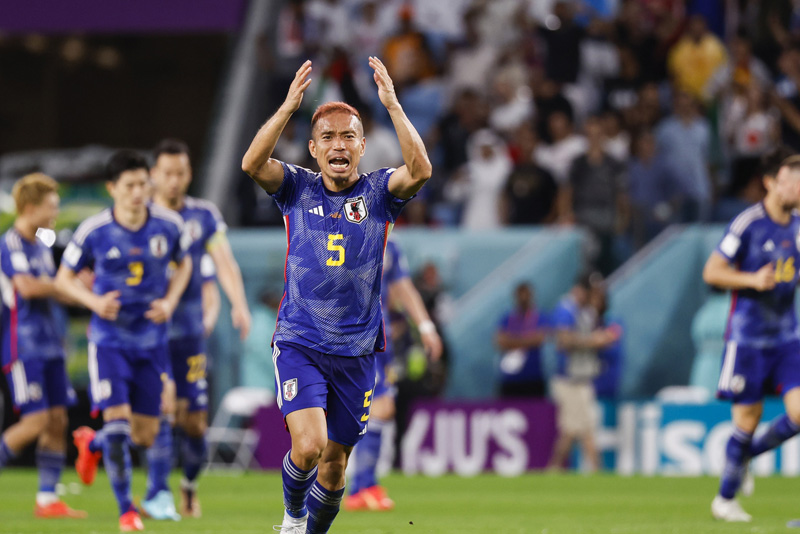 Japan and Croatia will collide on Monday in the Round of 16 World Cup soccer showdown at Al Janoub Stadium in Al Wakrah, Qatar on Monday at noon. Japan is currently on top of Group E, over 2nd-place Spain. Group E also included Germany and Costa Rica. The matchup is not one that fans expected to pop up. One thing is certain, one of these teams will advance to the quarterfinals in the World Cup.

Japan is gearing forward in its quest for a title in this competition and it had been interesting when the team from  “ The Land of the Rising Sun ” won two of its three matches beating Spain and Germany. Japan recently defeated Spain 2-1. The victories of these great soccer nations propelled Japan’s confidence and drive to advance to the next level. The win over Spain shocked the soccer realm. There was even a controversial video assistant referee (VAR) decision on the match-winning shot by AO Tanaka in the 51st minute. The decision stood up, thus, eliminating Germany from the competition.

In the second game, Japan bowed out to Costa Rica 0-1. In their 3rd bout, Japan fell behind at 0-1 against Spain. Two early goals in the second half led them to win over the Spaniards. Defender Ko Itakura was penalized with his second yellow card, but he’ll still play on in this match. Takefusa Kubo has a muscle injury and there are speculations that he is playing in this contest.

Croatia earned the second spot in Group F, behind Morocco, as the country slid one more point than Belgium. Four years ago, Croatia delivered an outstanding performance and will aim to do it again. This team is mostly past its peak with the likes of Center attacking Midfielder Luka Modric at the edge of his playing career. Don’t get it wrong though, Croatia is still a lethal team to contend with.

Croatia managed two clean sheets, one was a scoreless draw against Morocco in the Group F opener last November 23. Croatia is dubbed “ Kockasti “, or the Checkered Ones, defeating Canada 4-1 with their offensive skills last Nov 27. The team has experience from Russia in the last World Cup hostilities. Croatia was the runner-up against France which they expect to happen again. Winning at this stage against Japan will lift them to at least the quarterfinals.

Japan vs Croatia. The FIFA World Cup pick for this game in Japan. Based on the information available, pick Japan to win this match. Japan looked the better side of this tournament and has been in outstanding form. Fans have less faith in the way Croatia looked in the two draws of their offense. Japan’s offense is solid and they will keep on doing what they are good at to beat Croatia. This should be a close quarter match with Japan predicted to win by a score of  2-1.