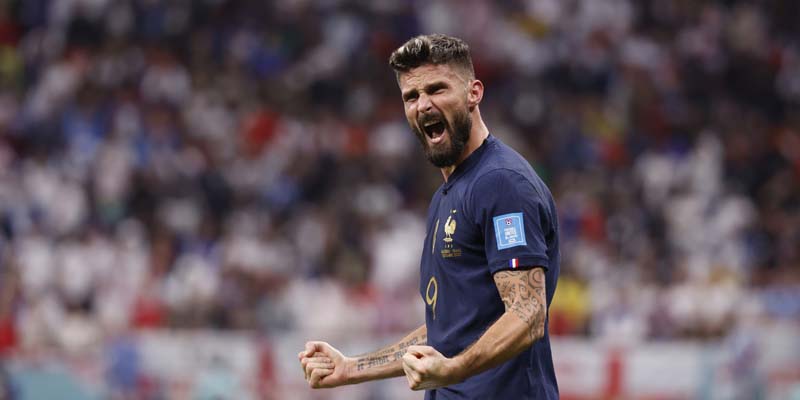 France and Morocco will face off on Wednesday in the FIFA World Cup soccer semifinal game at Al Bayt Stadium in AlKhor, Qatar. France finished on top in Group D picking up six points. In the round of 16, The French clobbered Poland 3-1. In the last game against England, Aurlien Tchuameni scored in the 17th minute while Olivier Geroud made his pitch in the 78th. For England, Harry Kane scored the lone goal in the 54th. France is in full health heading into this game as they need all hands on deck. France needs to find a way to penetrate through Morocco’s tough defenses. Scoring might not come easy, but they can’t get frustrated if they can’t get through the back line early.

France, the 2018 title holders, will take on Morocco, the first African nation to reach the World Cup semifinals. The Frenchmen are 8-3-1, 5-1-2 on the road in World Cup competition. France scored 25 goals and allowed 11 for a 14 differential with 6 assists. France has Kylian Mbappe with 60 shots, 12 goals, and 2 assists over 13 starts. Theo Hernandez has 2 goals and 2 assists through 13 starts. Mbappe is the top scorer while Hernandez is the leader in assists.

The other side of this contest is Morocco, who topped Group F earning up seven points. The African team stunned the world and is the biggest surprise in the World Cup. There is a huge doubt how much support Morocco will get from the stands during the game.

Morocco defeated the Spanish team in the round of 16 in a shootout. No goals were made in that game, the shootout decided Morocco’s fate to advance in the quarterfinal. In their recent victory over Portugal, Morocco blanked the Portuguese 1-0 in the win. The team had 25% of possession and three shots on target. Two yellow cards went to Wali Cheddira resulting in his suspension in this match.

Romain Saiss left the field on a stretcher that will keep him out of this contest. Aguerd did not suit up in their last bout and is hopeful to be playing in this matchup. Morocco sports a squad riddled with injuries. The Atlas Lions united to deliver the war cry they never shouted. They will hear the cries of funs boosting a field to push them through. Their fans have flocked to Qatar in droves to create a stunning atmosphere sponsored with 13,000 free flights from Morocco by their country and other industry supporters.

France vs Morocco. The FIFA World Cup pick for this game is Morocco. The African team is banged up heading into this game. The Moroccans are fighters, and expect their defense to hold against the French. France could possibly get a goal here, but that’s it. No more than one score in regulation time. This game will finish with one or two goals in regulation and the under is going to cash. Back the under 2.5 goals while Morocco will take the win 3-1.