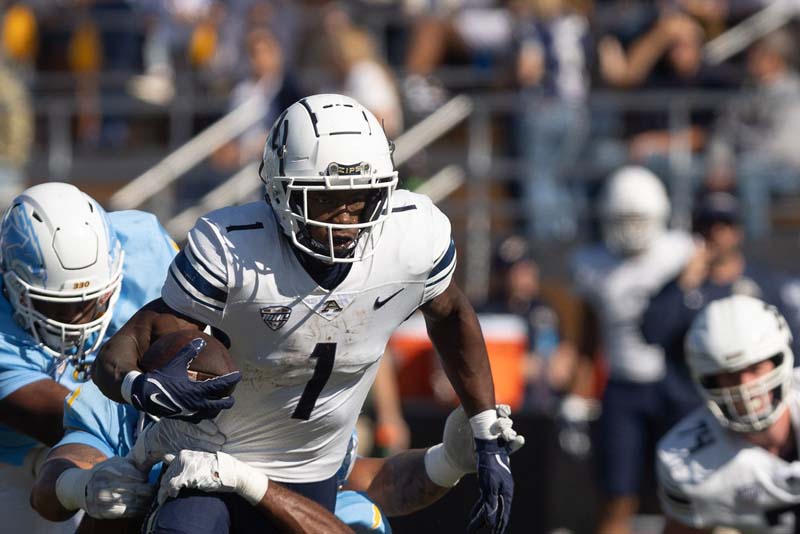 The Eastern Michigan University Eagles will face off with the Zips on Summa Field at InfoCision Stadium in Akron, Ohio on Tuesday, November 08, 2022, at 7:00 PM (EDT). Eastern Michigan is third at 5-4 in the MAC West standings. The Eagles lost to the Toledo Rockets to a score of 24-27 last week. QB Taylor Powell made 9 of 17 passes for 61 yards and an interception while Dylan Drummond delivered 23 yards on 1 of 1 passing. RB Samson Evans rushed for 88 yards with three TDs on 24 carries. WR Tanner Knue led the receivers with 39 yards on three receptions.

Eastern Michigan is passing an average of 204.7 yards and rushing 138.0 yards. Quarterback Taylor Powell racked up a total of 1,232 posing yards while running back Samson Evans rushed for a total of 722 yards. Wide receiver Tanner Knue led the receivers with 425 yards while linebacker Joe Sparacio led the defensive unit with 66 tackles. Defensive back Blake Bogan intercepted one pass for the team.

The Akron Zips, on the other hand, is in sixth place at 1-8 in the Mid-Atlantic Conference East Division standings. The Zips are riding on an eight-game losing slump, following a 9-27 loss to the Miami (OH) Redhawks. QB DJ Irons passed for 316 yards on 31 of 49 passing with a touchdown and an interception. Irons also rushed for 58 yards on 14 carries while RB Clyde Price III rushed for 13 yards on eight carries. WR Alex Adams led the receivers with 115 yards and a touchdown on 10 receptions.

The Akron Zips are passing a total of 289.7 yards and are rushing for 73.3 yards. Quarterback DJ Irons passed for a total of 2,515 yards and rushed for 282 yards. Wide receiver Shocky Jacques-Louis leads the receivers with 770 yards. Linebacker Bubba Arslanian leads the team’s defense with 97 tackles while defensive lineman Zach Morton intercepted a pass for the team.