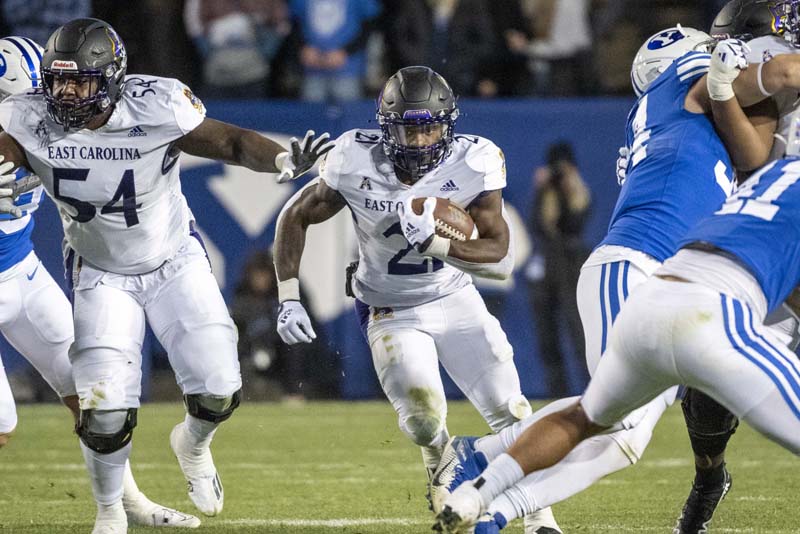 The East Carolina Pirates will face off with the Cincinnati Bearcats at Nippert Stadium, OH, on Friday at 10:00 AM ET. The East Carolina Pirates enter the field with a 6-3 record this season. The Pirates defeated the BYU Cougars in their last match by a score of 27–24. Holton Ahlers completed 15 of 22 passes for 197 yards in the air. His passer rating was 143.4, and he finished the game without throwing a pick. Keaton Mitchell led the Pirates in running with 21 attempts for 176 yards (8.4 yards per attempt).

The East Carolina Pirates ran the ball 36 times for 227 yards, earning 6.3 yards per tote. They completed 58 plays throughout the match, adding up to 424 yards. For a total of 144 yards and a completion rate of 72.0%, East Carolina allowed 18 pass completions on 25 attempts. The Pirates gave up 5.8 yards per run on the ground, giving up 244 yards on 42 attempts.

The Bearcats are 7-2 overall into this game. The last time the Bearcats played on the gridiron, they sank the Navy Midshipmen to a score of 20-10 to win and return home. Ben Bryant (2 touchdowns) completed the game with 299 yards on 25 of 35 passes for a quarterback rating of 162. Bryant’s average yards per attempt was 8.5 with no picks. For Cincinnati, RB Charles McClelland ran the ball 11 times for a total of 60 yards, averaging 5.5 yards per carry.