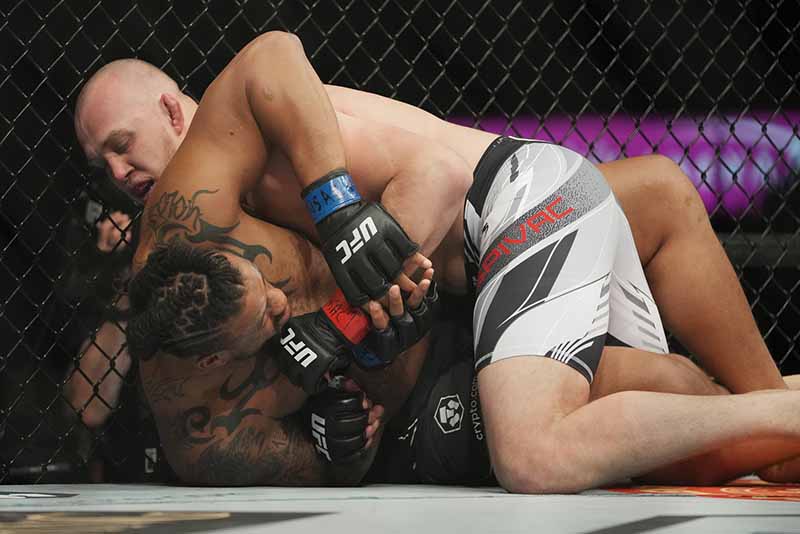 Derrick Lewis had been dominating the Octagon heavyweight category for more than eight years. Lewis became the all-time leader in knockout victories with his solid fists, cracking skulls along the way. Lewis returns on Saturday night to clash with Serghei Spivak in the main event of UFC Fight Night with doubts surrounding his future in the ring.

The heavyweight Lewis enters the battle with past disappointing losses. He lost back-to-back fights for just the second time in his career. He also has lost three of his past four bouts, the first time he’s done so as a professional fighter. All of those losses have come by knockout, leading to many questions as to whether Lewis’ long run as a staple of the top heavyweight contenders has completely come to a close.

This fight doesn’t hold much weight beyond being a deadly showdown between two big boys. Spivak, ranked 12th at heavyweight, has a little more to gain from a victory than Lewis, ranked seventh, but a win by either fighter doesn’t take them any closer to a title shot.

“The Black Beast” is coming off a stretch of knockout losses. Lewis, 37, has lost three of his last four fights in stoppage defeats to Sergei Pavlovich, Tai Tuivasa, and Ciryl Gane. Lewis has fought some stiff competition, which explains why he’s been the underdog in four of his last five fights. He’ll carry hearty dog status into his bout vs Spivak.

While Lewis has fallen, Spivak has risen. The 27-year-old has consecutive stoppage victories over Augusto Sakai and Greg Hardy, cashing in as a moderate underdog in both instances. He’ll boast a similarly moderate chalk status vs Lewis on Saturday.

An August 21 battle had Lewis on a four-fight winning run that landed him a battle with Ciryl Gane for the interim heavyweight title. It was the second time Lewis entered the cage with the opportunity to win UFC gold. Gane methodically picked Lewis apart, landing 98 strikes to a mere 18 for Lewis, before a third-round stoppage.

Lewis will now take on rising prospect Serghei Spivac in the main event. The main UFC fight card is set for 4 p.m. ET from the promotion’s Apex facility in Las Vegas. The No. 7-ranked Lewis is a two-time title challenger who has never won the belt but still holds numerous heavyweight records, including the most knockouts in the division’s history with 13. Lewis aims to thwart a 3-game losing skid and aims a win in this match against the No. 12-ranked. Spivac, who is making his headlining debut. Spivac has won five of his past six but is taking a major step forward in competition for his first main event.

This fight doesn’t hold much weight beyond being a deadly showdown between two big boys. Spivak ranked 12th at heavyweight, has a little more to gain from a victory than Lewis, ranked seventh, but a win by either fighter doesn’t take them any closer to a title shot.

Derrick Lewis vs Serghei Spivac. The prediction for this match is Serghei “ The Polar Bear “ Spivac to outlast the retireable Derrick “ The Black Beast “ Lewis. The Beast has been having a bad run lately and that should continue in this match here. Spivac is throwing 3.79 strikes per minute versus the 2.57 from Lewis. What else does not help Lewis out much is the fact that Spivac is throwing the strikes with a lot more accuracy and that will make a huge difference in the fight here as Serghei brings home the win. UFC Fight Night Winner Prediction, Serghei Spivac.