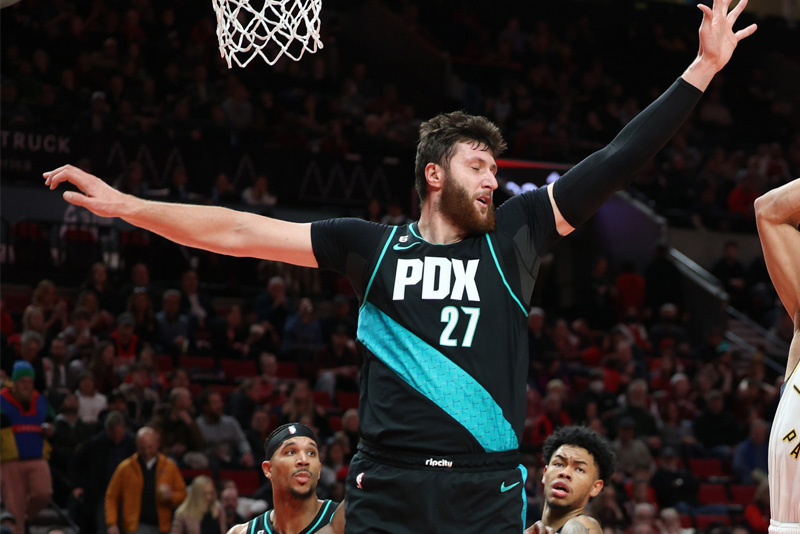 The Denver Nuggets will come down to Moda Center to face the Portland Trail Blazers at the Rose Quarter in Portland, Oregon on Thursday at 10:00 PM (EDT). The Nuggets lost three games in a row and need to improve on their defense which ranks 27th in efficiency. Tuesday’s loss for Denver saw the failure to execute the plays down the stretch of a 116-115 home edge by the Dallas Mavericks. Denver is 4th at 14-10 in the Western Conference and leads the Northwest Division.

The Nuggets lost six of their last 11 matches and are looking to snap a three-game losing skid after falling heavily to the Mavericks, Tuesday. PF Aaron Gordon led the team with 27 points on 10 of 13 shooting. Center Nikola Jokic brought in 19 points with eight rebounds off the glass, and eight dimes. SG Bones Hyland converted five 3-pointers, capping 20 points off the bench. The Nuggets are 51 percent in FG shooting and 13 of 32 from the 3-point line. The Team allowed the Mavs off to a flier and were always lagging after allowing 36 points in the first frame. Jamal Murray missed all five 3-point shots and tallied with just 11 points on two out of 11 shooting.

AT “ The City of Roses “, The Portland Trail Blazers strengthened their lineup around All-Star PG Damian Lillard and are back and able to chase a playoff slot in the league. Portland ran over the Indiana Pacers by 14 points in the third quarter for a 116-100 home victory, Sunday. The T-Blazers are 8th at 13-11 in the Western Conference and third in the Northwest Division.

The Trail Blazers (13-11) connected on 17-for-40 from a long distance and shot 49 percent overall. The Trail Blazers took a narrow lead into halftime before they exploded for 39 points in the third quarter to lead by as many as 22 points. All-Star PG Damian Lillard returned from a calf strain that he suffered on Nov. 19 in the win over the Pacers, scoring 21 points and dishing out six assists. He missed 12 games so far this season.

Location: Moda Center at the Rose Quarter in Portland, Oregon