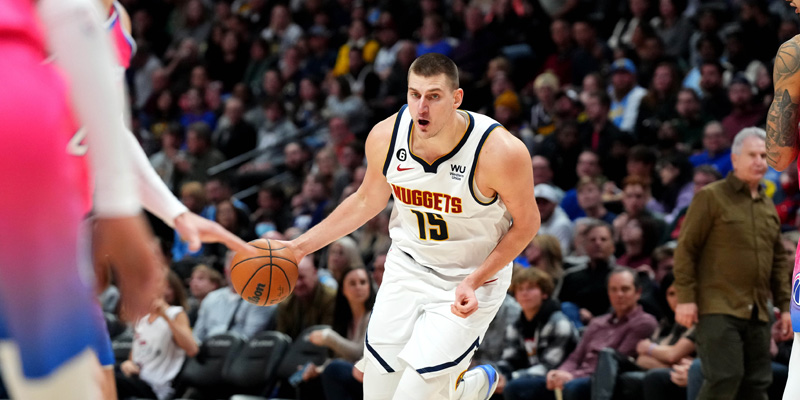 The Denver Nuggets look to hook their fourth win in a row when they visit the Lakers at Crypto.com Arena, CA on Friday. Denver tops the Northwest Division at 17-10 followed by the Portland Trail Blazers behind by 1 ½ games. Denver clobbered the Washington Wizards 141-128 on Wednesday night. Center Nikola Jokic scored 43 points for Denver while also hauling 14 rebounds off the glass and sliding eight assists.

The Nuggets are 7-3 in their last 10 matches of the season. SF Bones Hyland brought in 23 points and six assists on eight of 11 FG shooting off the bench. PF Aaron Gordon chipped in with 22 points. Denver shot a sizzling 65% from the field and four of 16 from the 3-point line as they set the tone with 38 points in the first quarter before they exploded for 39 points in the fourth quarter to pull away and win comfortably in regulation.

At “ The Big Orange “, The Los Angeles Lakers will try to avenge Tuesday’s loss from the Boston Celtics 118-122, Wednesday. PF Anthony Davis led the Lakers with 37 points but was outrebounded by the Celtics 51-49. Los Angeles is last  at 11-16 in the Pacific Division behind the Suns and the Clippers. PG Russell Westbrook leads in assists at 7.5 assists per game while SF LeBron James is the second leading scorer with an average of 26.5 points per game.

The Lakers split their last 10 matches of the season. Their loss to Boston saw LeBron James adding 33 points with nine boards, and nine dimes while PG Russell Westbrook chipped in with 20 points, 14 rebounds and five assists. The LA Lakers shot 47 percent from the field and eight of 29 from the 3-point marker. The team got off to a slow start and clawed their way back from a 20-point deficit but the Celtics held them up short in OT where they managed eight points only.

Denver Nuggets vs Los Angeles Lakers. The NBA pick for this game is the Los Angeles Lakers. The Lakers nearly beat the Celtics last Tuesday. Expect the Lakers to grab this game over Denver. The Nuggets’ defense will struggle with both LeBron James and Anthony Davis. The Lakers will have to assert their best defense and contain Nikola Jokic. Los Angeles is defending the 3-point line well, but Davis has to contain Jokic in the paint. The Lakers are 4-1 ATS in their last five games against the Western Conference. The Nuggets covered the spread just once in their previous six games overall. Denver will take this game predicted at 120-117.