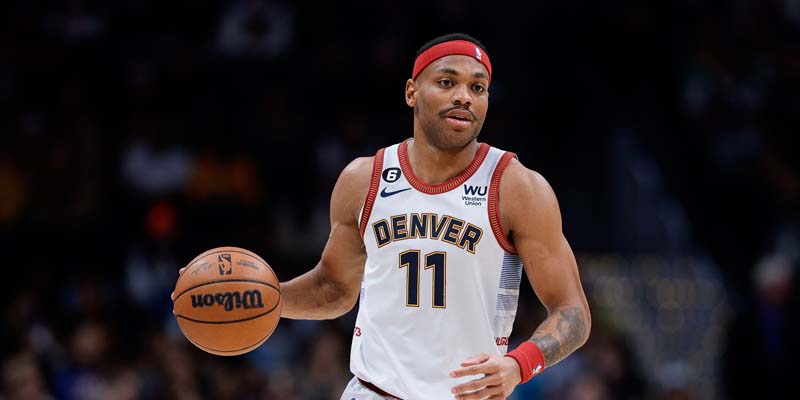 The Denver Nuggets will go against the LA Clippers in NBA action in Crypto.com Arena, California, on Friday, January 13, 2023, at 10:00 PM ET. The Nuggets won four consecutive games and six of their past seven. They are 22-19 ATS this season, 4-0 ATS over their last four games, and 8-1 ATS over their past nine. The offense ranks seventh in the league with an average of 117 points per game. They are second in the NBA with a 50.9% field goal percentage and first in the league with a 40% three-point percentage. In their previous five contests, they averaged 120.04 points per game on 50.3% field goal shooting.  The defense is allowing 113.2 points per game, which ranks 15th in the league. Opponents are shooting 48% from the field and 34% from beyond the arc. They rank 16th in the league with 43.3 rebounds per game. In addition, they average 7.1 steals and 4.4 blocks per contest.

In six matches during the month of January, Nikola Jokic averaged 21.5 points, compared to his season average of 24.9. However, he is averaging a triple-double this month, grabbing 11.5 rebounds and dishing out 10.8 assists per game. During his past six games, he shot 62.8% from the field. In the team’s victory against the Suns, the center came within one assist of recording his fourth triple-double of the month.

Last time out, the LA Clippers were able to end a 6-game losing run, keeping them just above.500 on the year. They are 21-22 against the spread on the season and 1-5 against the spread in their past six games. They are third-to-last in scoring with 109.2 points per game with a field goal percentage of 46% and a three-point percentage of 36.9%. In their previous five matches, they averaged 105.4 points and shot 41.7% from the field. The defense allows 110 ppg, which is the fourth-lowest average in the league. The rivals shot 46.1% and 34.1% from beyond the arc, the highest percentages in the league. They average 44.2 rebounds per game, which ranks ninth in the NBA. IThe team averaged 6.7 steals and 4.6 blocks per contest.

Kawhi Leonard led Los Angeles in scoring during the previous two games, posting 31 points on 51.4% shooting. In the game previous, he equaled a season low with six points on 2-of-7 shooting in only 18 minutes against the squad he will face on Friday. This season, Leonard participated in just 19 games, posting 18.2 points, 6.1 rebounds, and 3.8 assists.

Denver Nuggets vs LA Clippers. The NBA pick for this game is the Denver Nuggets. This will be the third meeting between these two teams, and Denver won both straight up and against the spread by a margin of 16.6 points. The Nuggets covered the spread in their previous four meetings and are 3-0 ATS in their last three meetings. In their previous five games, they averaged 15 more points than the Clippers and shot 10% better. Additionally, Denver made 72 three-pointers, averaging 14.4 per game in their previous five contests. At the same time, Los Angeles averaged just 36.6 field goals each season. LA will win predicted at 116-112.