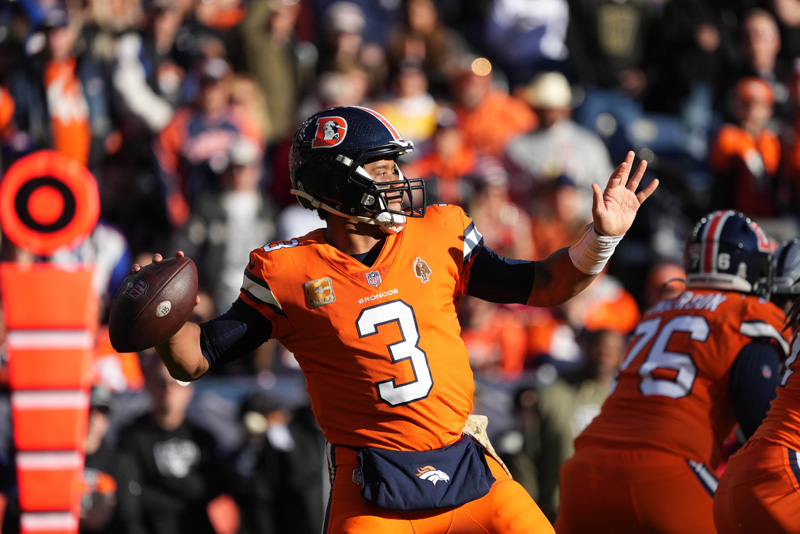 The Denver Broncos and the Carolina Panthers will try to outplay each other at Bank of America Stadium in Charlotte, North Carolina. The Broncos will play their 11th game of the season after losing four of their last five encounters including two in a row following a six-point overtime loss to the Las Vegas Raiders. Denver’s offense was mediocre in their last game, compiling only 320 total yards and scoring 16 points with only six coming in the second half. Denver’s defense continued to struggle as Las Vegas scored 22 points including 15 in the second half and overtime on 407 total yards.

Denver is 14th at 3-7 in the American Football Conference and 4th in the AFC West Division. The Broncos have Russell Wilson completing 59.5% of his passes for 2,227 yards, 7 touchdowns, and 5 interceptions. WRs Courtland Sutton and Jerry Jeudy combined for 1,062 receiving yards and 4 touchdowns, while Kendall Hinton has 13 receptions. The team’s ground game is averaging 102.6 yards per contest, and RB Melvin Gordon III leads the way with 318 yards and 2 touchdowns. Denver’s defense is allowing 17.1 points and 302.1 yards per game. Alex Singleton leads the Denver Broncos with 82 tackles, Dre’Mont Jones has 5.5 sacks and Caden Sterns has 2 interceptions.

Meanwhile, The Carolina Panthers are home this week with only three wins through 11 games after a 10-point loss to the Baltimore Ravens. Carolina’s defenses struggled as Baltimore scored 13 points including ten in the fourth quarter on 308 total yards. The Carolina offense weakened with 205 total yards and only three points in the game. The team is 14th at 3-8 in the NFC and 4th in the South Division.

The Panthers split their last 6 home games with QB Baker Mayfield completing 57.8% of his passes for 1,313 yards, 6 touchdowns, and 6 interceptions. WRs DJ Moore and Terrace Marshall Jr. combined for 822 receiving yards and 4 touchdowns while Shi Smith had 14 receptions. The Carolina Panthers’ ground game is averaging 110.5 yards per contest, and RB D’Onta Foreman leads the way with 450 yards and 4 touchdowns. Carolina’s defense is allowing 23.3 points and 357.5 yards per game. Shaq Thompson leads the Carolina Panthers with 83 tackles, Brian Burns has 8 sacks and Donte Jackson has 2 interceptions.

Denver Broncos vs Carolina Panthers. The NFL pick for this game is the Denver Broncos. The two squads were underperforming throughout the season and will look to redeem themselves in this matchup. Both teams struggled on the offensive side but their defenses are weak all season long. Anticipate both sides to continue their defensive struggles. The total will go over as two bad NFL teams take the gridiron. Prediction: The  Denver Broncos win but the total goes over 21-17.