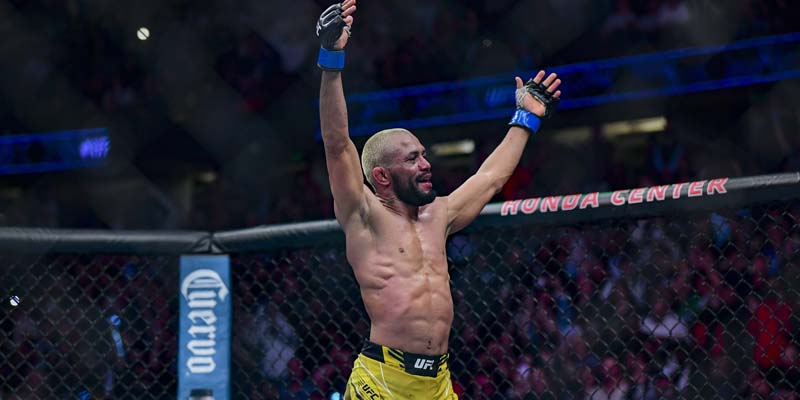 This weekend, the UFC will hold its first pay-per-view event of the year, UFC 283, featuring a stacked card with two championship fights, including a showdown between Deiveson Figueiredo and Brandon Moreno, where the champions of their respective weight classes will face off.

Although the light-heavyweight championship match between Glover Teixeira and Jamahal Hill may be the main attraction at UFC 283, the co-main event could be a memorable one between two of the top flyweights in recent history. Deiveson Figueiredo and Brandon Moreno will meet for the fourth time, potentially making for one of the greatest rivalries in UFC history.

The ring action at UFC 283 is sure to be intense as both Deiveson Figueiredo and Brandon Moreno enter the bout as champions, riding the momentum of recent victories. Figueiredo recently reclaimed his belt by defeating Moreno, while Moreno earned the interim championship by beating Kai-Kara France. With a history of competition between the two, they will be highly motivated to put on a thrilling fight.

The upcoming fight between Deiveson Figueiredo and Brandon Moreno at UFC 283 is sure to be an exciting one, as both fighters are evenly matched in terms of their physical attributes. Both fighters stand at a similar height, have similar reach and fight in an orthodox stance. Their past three fights have been incredibly close, and when you consider their fight statistics, the numbers are again very similar, with just slight differences in accuracy. This makes for an unpredictable and thrilling match-up that fans won’t want to miss.

So all signs point towards yet another close bout between the two. So it will be very difficult to predict the winner. The only prediction we can make confidently is that it will be a cracking contest and maybe even the fight of the night.

Betting on Figueiredo vs Moreno 4

Going back to the roots of this quadrilogy, you have to look back to UFC 256 in late 2020. It was a back-and-forth battle that was a fight of the year candidate, with it ending in a draw. It was a no-brainer to call for an immediate rematch with Figueiredo embracing his role as the villain and Moreno becoming a real fan favorite as the “Assasin Baby”.

Out of all the fights so far, Moreno was the biggest underdog for their first bout at UFC 256. Coming into the fight as a +275 live dog’. In the rematch of UFC 263, Moreno maintained his underdog status against Figueiredo.

This time Figueiredo, was just shy of -200 compared to -320 from their first bout. The rematch was the shortest of the three fights so far, with Moreno putting on a clinical performance against Figueiredo finishing the Brazilian by submission in the 3rd round.