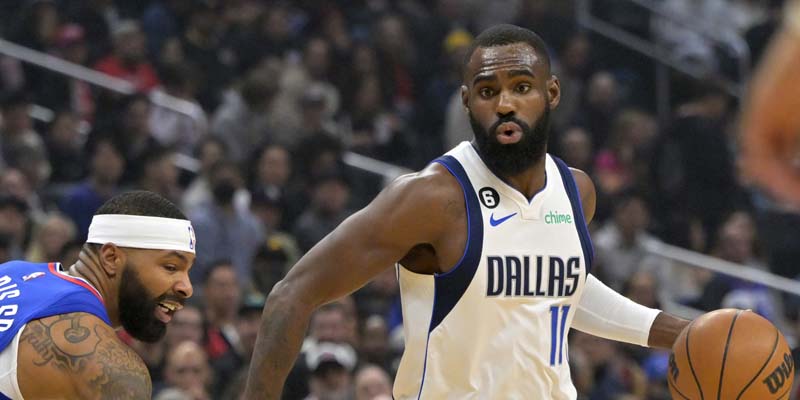 The Dallas Mavericks and the Los Angeles Lakers will face off in a highly-anticipated match at the Crypto.com Arena in downtown LA, California on Thursday, January 12, 2023, at 10:00 PM (EDT). With a record of 23-19, the Mavericks currently hold the third spot in the Southwest Division. However, the team will be looking to bounce back from two consecutive losses, including a 101-113 defeat against the LA Clippers. SF Luka Doncic led the Mavericks with a strong performance of 43 points, 11 rebounds, 7 assists, and 2 steals. SG Tim Hardaway added 16 points and 4 rebounds to the score while PG Spencer Dinwiddie contributed 13 points, 5 assists, 4 rebounds, and 2 blocks.

The Mavericks shot just 43 percent from the field and 12 of 38 from the 3-point line as they got off to a terrible start. The LA Clippers outscored the Mavs by 38-22 in the second quarter to fall behind by as many as 23 points, before they made a run in the third quarter to get as close as nine points at one stage. Center Christian Wood had a forgettable night as he finished with just 12 points on two of seven shooting, while SG Reggie Bullock finished with just six points on two of eight shooting.

Meanwhile, The Los Angeles Lakers currently sit in fifth place in the Pacific Division with a record of 19-22 and will look to rebound from their loss to the Denver Nuggets 109-122. The team ended its six-game winning streak. PG Russell Westbrook put up a strong performance with 25 points, 7 rebounds, 7 assists, and 1 steal. Thomas Bryant contributed 17 points, 10 rebounds, and a steal while PG Dennis Schroder added 14 points, 4 assists, 3 rebounds, and 2 steals.

The Los Angeles Lakers have been in good form, winning six of their last eight games, but they will aim to bounce back after a loss to the Nuggets in a road game. The Lakers struggled from the start, trailing by 14 points at halftime, and as many as 20 points in the second half. Schroder had an off-night, shooting 3-13 from the field, and 0-5 from the 3-point line.