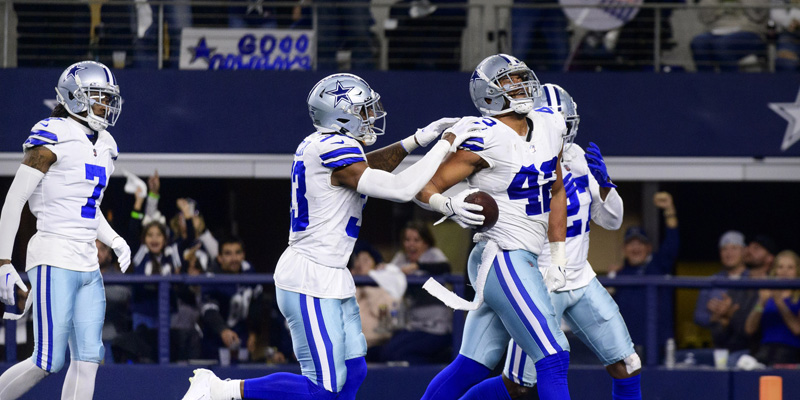 The Dallas Cowboys and the Tennessee Titans will meet at the Nissan Stadium in Nashville, Tennessee on Thursday, December 29, 2022, at 8:15 PM (EDT). The Cowboys are in second place in the NFC East standings with a record of 11-4. The team is coming off with a 40-34 victory over the Philadelphia Eagles. Dak Prescott completed 27 of 35 passes with 347 yards, three touchdowns, and an interception. Ezekiel Elliott rushed for 55 yards with a touchdown on 16 carries while CeeDee Lamb led the receiving team with 120 yards and two touchdowns on 10 receptions.

The Cowboys have a total of 222.9 passing yards and 143.1 rushing yards. The team has an average of 28.9 points and is allowing 20.2 points. Quarterback Dan Prescott hauled 2,450 passing yards while running back Tony Pollard rushed for 988 yards. Wide Receiver CeeDee Lamb delivered 1,207 receiving yards. Safety Donovan Wilson led the defensive unit of the team with 95 tackles while cornerback DaRon Bland intercepted five passes.

On the other side of the matchup, the Tennessee Titans are in first place in the AFC South standings with a record of 7-8. The team is riding on a five-game losing stride, following a 14-19 loss against the Houston Texans. Malik Willis completed 14 of 23 passes with 99 yards and two interceptions while Derrick Henry rushed for 126 yards and a touchdown on 23 carries. Robert Woods led the receivers with 30 yards on four receptions.

The Titans have a total of 168.6 passing yards and 125.8 rushing yards. The team has an average of 17.9 points and is allowing 20.8 points. Quarterback Ryan Tannehill has a total of 2,536 passing yards while running back Derrick Henry rushed for 1,429 yards. Wide receiver Robert Woods notched 448 receiving yards. Safety Kevin Byard led the team’s defense with 97 tackles as he also intercepted two passes for the team.

Dallas Cowboys vs Tennessee Titans. The NFL pick is the Dallas Cowboys. The Titans are currently struggling to play football. Tennessee has already hauled a fifth losing streak and will continue to face issues here, especially with their poor offense. Look for the Dallas Cowboys to win with a predicted score of 21-14.