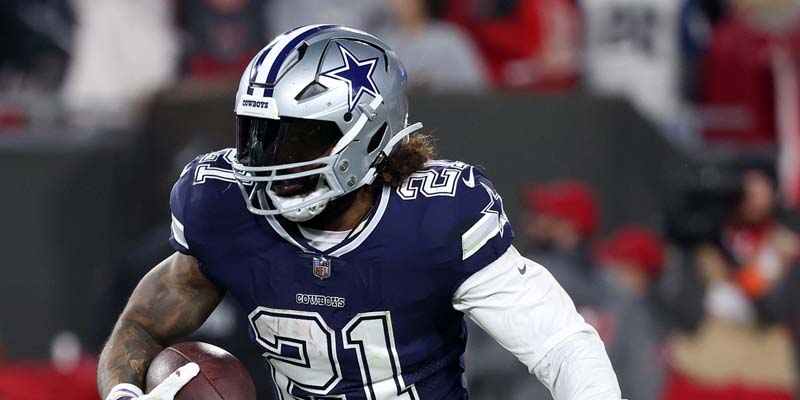 The Dallas Cowboys will face off against the San Francisco 49ers in NFC Divisional Playoffs action at Levi’s Stadium, CA, on Sunday, January 22, 2023, at 6:30 PM ET. The Cowboys come into this game after an impressive win against the Tampa Bay Buccaneers, where they gained 425 total yards, 297 of which came from the air and 128 from the ground. Dak Prescott threw for 305 yards and four touchdowns in the win, but the Cowboys’ defense allowed 334 passing yards and just 52 rushing yards.

This game will be unique as the Cowboys did not face the 49ers this year, which means Prescott did not encounter the 49ers’ formidable defense. He will have to get the ball out quickly if he and the Cowboys are to win. Prescott will be under pressure from powerful defenders in the pocket and superior ballhawks in the secondary. The Cowboys’ running attack averages 135.2 yards per game, while the passing attack averages 230.1 yards per game. The Cowboys are 7-2 SU in their last 9 matches, 6-2 SU in their last 8 matches against San Francisco, and the total went UNDER in 4 of Dallas’ last 5 matches on the road.

The San Francisco 49ers have been the team to beat in recent weeks, despite losing their top quarterback. The 49ers’ offense has greatly benefited from rookie Brock Purdy, who stepped up and led the team to success. Furthermore, the defense has been outstanding, making them a team that no quarterback would want to play against. In their previous postseason game, the 49ers defeated the Seattle Seahawks 41-23, amassing 505 total yards, including 324 passing yards and 181 running yards. Purdy once again put up a standout effort, throwing for 332 yards and three touchdowns, his ninth straight game with two or more touchdown passes.

Whether it’s in the secondary or on the line, the 49ers’ defense will be something to keep an eye on in this game. The 49ers recorded three sacks, 5 tackles for loss, one interception, and 1 forced fumble throughout the postseason. They recorded 44 sacks, 77 tackles for loss, 20 interceptions, and 19 forced fumbles throughout the regular season. Nick Bosa is a defensive threat who finished the regular season with 18.5 sacks, 41 solo tackles, and two forced fumbles. The 49ers are 8-1 ATS in their last 9 matches, the total went OVER in 6 of San Francisco’s last 7 matches, and the 49ers are 10-0 SU in their last 10 matches.

The NFL pick for this game is the San Francisco 49ers. Both the San Francisco 49ers’ defense and offense are of the highest caliber. The 49ers’ offense was highly effective when Purdy was in the quarterback position, and he will try to extend his streak to eight games in which he threw two or more touchdown passes. The 49ers were dominant on defense, racking up huge tackles, forcing mistakes, and forcing downs. Prescott did not encounter this defense before and will turnover, this will occur against the Cowboys. Bosa and Gipson Sr. will excel on defense, while Purdy and McCaffrey will excel on offense. The San Francisco 49ers will win with a predicted score of 28-24.