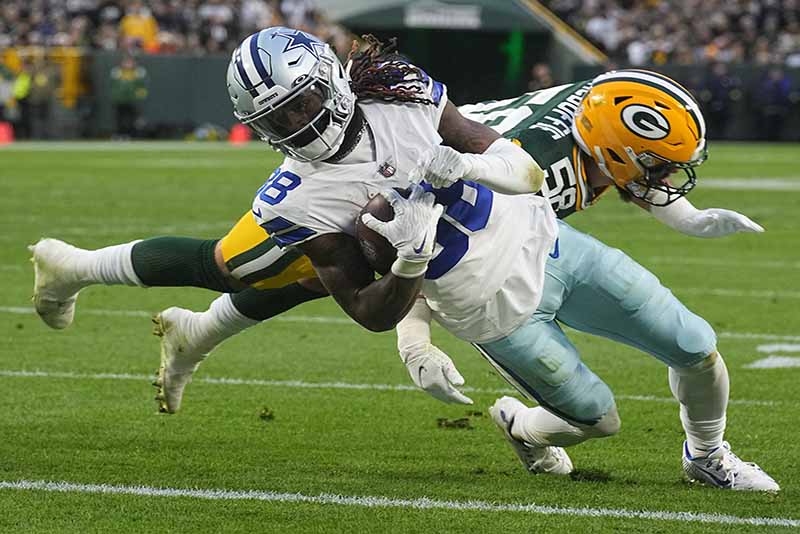 The Dallas Cowboys will take on the Minnesota Vikings at U.S. Bank Stadium in Minneapolis, MN, on Sunday, November 20, 2022, at 4:25 PM ET. Week 10 saw the Dallas Cowboys (6-3; 6-3 ATS) lose heartbreakingly to the Green Bay Packers in overtime 31-28. The Cowboys squandered a 14-point lead in the fourth quarter for the first time in team history right out of their bye week. At Lambeau Field, CeeDee Lamb recorded his greatest performance of the year, hauling in 11 passes for 150 yards and two scores. Tony Pollard led the Cowboys’ backfield with 22 carries for 115 yards and a score while Ezekiel Elliott missed out due to a knee ailment.

Dak Prescott connected 27 of his 46 throws, yet he still managed to accumulate 265 yards, 3 touchdowns, and a few interceptions. The Packers’ rushing attack was unstoppable by the Cowboys, who gave up a staggering 207 yards on 39 carries. Elliott is expected to be ready to play against the Vikings, while DE DeMarcus Lawrence is doubtful after missing practice on Wednesday because of a foot ailment.

Following a thrilling 33-30 overtime victory against the Buffalo Bills in Week 10, the Minnesota Vikings (8-1; 4-4-1 ATS) are on a seven-game winning run. The Bills tried their best to lose the strangest football game in years. However, the Vikings came back from a 17-point third-quarter deficit, and Juston Jefferson was instrumental in the comeback with 10 receptions for 193 yards and a score.

Quarterback Kirk Cousins completed 30 of his 50 passes for 357 yards, a touchdown, and two interceptions. Adam Thielen and TJ Hockenson combined for 94 yards on 12 catches, while Dalvin Cook gained 119 yards and a touchdown on 14 carries. Josh Allen was intercepted twice by Patrick Peterson, including the game-winning one in overtime. Although Justin Jefferson (toe) only took part in a little portion of practice on Wednesday, he ought to be able to play against the Cowboys on Sunday. This season, Jefferson was a monster, with 69 catches for 1,060 yards and four touchdowns in addition to a few carries for 13 yards and a score.

Dallas Cowboys vs Minnesota Vikings. The NFL pick for this game is the Minnesota Vikings. Dallas and Minnesota had to play overtime in Week 9, and their Week 10 matchup should be a close-quarter battle as well. Dallas’ run defense had trouble, allowing 143.1 running yards per game and 4.8 yards per carry. The Vikings’ secondary is a little weakened on the opposite side, as Minnesota is giving up 262.9 passing yards per game. Anticipate the Vikings to run the football a lot since Dallas has one of the greatest pass defenses in the league. If you prefer to wager on player props, keep a watch on Dalvin Cook. Dallas won each time it went to Minneapolis in the previous two seasons, but this Minnesota club is different. The Minnesota Vikings will win to a predicted score of 27-24.