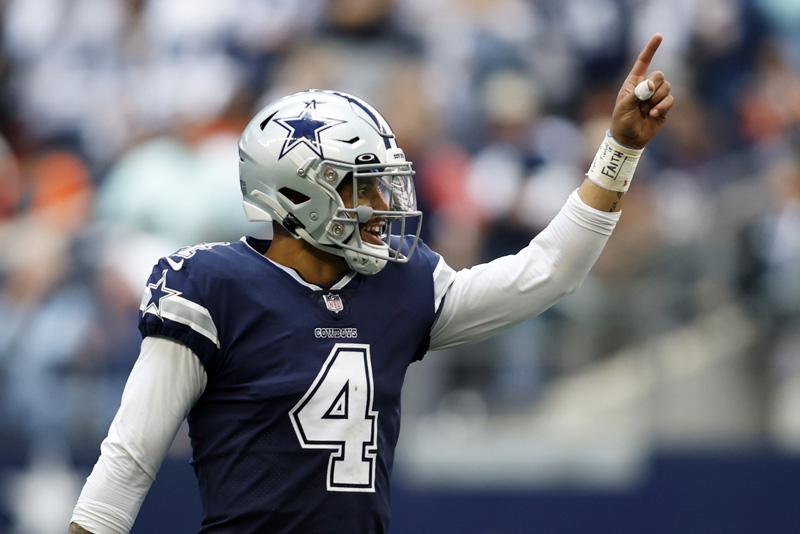 Lambeau Field in Green Bay, WI  will be the venue of a clash between the Dallas Cowboys and  Aaron Rogers’ Green Bay Packers on Sunday at 4:25 PM ET. Dallas comes into this match on a two-game winning run following a 20-point home victory over the Chicago Bears 49-29 and the Lions 24-6. RB Tony Pollard was the workhorse for his team after running for 131 yards on 14 carries and penetrating the end zone three times in the win. QB Dak Prescott finished with 78% completion of his passes for 250 yards and pitched two touchdowns while WR Ceedee Lamb hauled down five passes for 77 yards and landed one touchdown in the victory.

Prescott returned as the Cowboys’ starting quarterback after missing five games due to an injury; he completed 66.7% of his passes and averaged 197 yards per match. RB Tony Pollard led the ground offense with 506 rushing yards on 81 carries and nailed five touchdowns. WR Ceedee Lamb caught 42 passes for 556 yards and tallied five touchdowns for the season.

The Green Bay Packers are back to end a five-game losing slump on Sunday. The Packers just got through a 9-15 road loss to the Detroit Lions on November 6. Green Bay is 3-6 overall and 2nd in the NFC North with a conference play of 2-4 and 2-2 at home on the season. The Packers struggled in rotating the ball as QB Aaron Rogers suffered three picks. WR Allen Lazard finished with only 87 receiving yards on four catches but earned the only TD for Green Bay in the loss.

Leading the Packers is QB Aaron Rogers who passed for 2,091 yards on 205 completion of his passes and averaged 232.3 passing yards per match. RB Aaron Jones led the running game with 600 rushing yards on 107 carries and also caught 32 passes for 210 receiving yards. Jones totaled 9 touchdowns on the season including 4 rushing and 3 receiving touchdowns for Green Bay. WR Allen Lazard has been the main target for Rogers after nine weeks of football action and accumulated 30 receptions for 427 yards with 5 touchdowns landed this year.

Dallas Cowboys vs. Green Bay Packers. The NFL Pick for this contest is Dallas -5. Green Bay has difficulties in implementing their plays after losing key WR Devante Adams. Green Bay struggled to fill the void left by Adams. The Cowboys have been strong on their offense while their defense has been outstanding. Dallas will dominate this game on the road. Prediction: The  Dallas Cowboys will win 28-13.