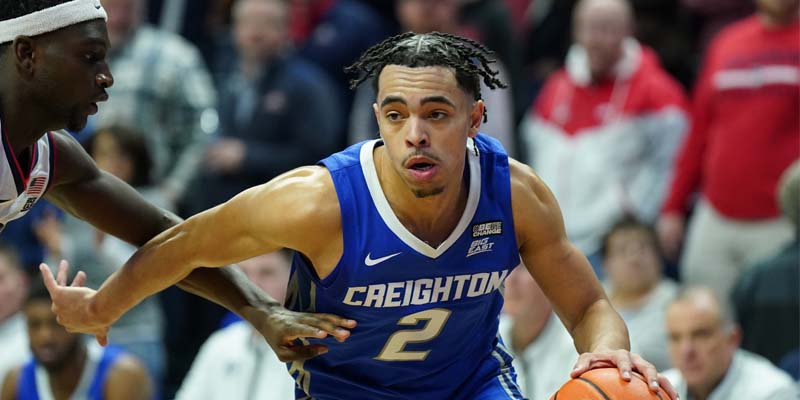 The upcoming match between the Creighton Bluejays and the No.12 Xavier Musketeers will be an exciting one, set to take place at the Cintas Center in Cincinnati, Ohio on Wednesday, January 11, 2023, at 7:00 PM (EDT). The Blue Jays are feeling a mix of emotions, they are currently sitting in fifth place in the Big East standings with a decent overall record of 9-7 but the team snapped its fourth winning streak and lost to the UConn Huskies by 60-69. Arthur Kaluma was a powerhouse with 14 points, 16 rebounds, 2 blocks, and 1 steal, his performance is making the team feel proud. Baylor Scheierman delivered 11 points, 9 rebounds, and 3 assists and G Trey Alexander also scored 11 points with 6 rebounds and 2 assists, making the team hope for a better result in the upcoming match.

The Bluejays are set to bounce back after a devastating 69-60 loss to UConn in their last game. They will look to their top scorers, Ryan Kalkbrenner (14.8 points per game and 6.8 rebounds per game), Arthur Kaluma (12.8 PPG and 6.1 RPG), and Trey Alexander (12.6 PPG and 4.3 RPG) to lead them to victory. Baylor Scheierman, with 12.3 PPG and a team-high of 9.2 RPG, is the team’s top rebounder, and Ryan Nembhard, with 11.5 PPG and a team-high of 5.4 APG, leads the team in assists. These five players make up a group of double-digit scorers for Creighton this season. As a team, the Bluejays are averaging 76.1 points per game, shooting 46.3% from the field, 35.3% from three-point range, and 72% from the foul line.

The Xavier Musketeers are looking strong, sitting in second place in the Big East with an impressive overall record of 13-3. The team is coming into this match in high spirits, having won nine consecutive games, the last being an 88-80 victory over the Villanova Wildcats. Zach Freemantle was the stand-out player with 29 points, 11 rebounds, 4 assists, and 1 steal. Souley Boum also had a great game with 22 points, 10 rebounds, 6 assists, and 3 steals. Adam Kunkel contributed 15 points, 5 rebounds, 3 assists, and a steal.

The Musketeers are looking to continue their winning ways, having won nine consecutive games, including an 88-80 victory over Villanova in their last match. Souley Boum, who leads the team in scoring with 17.2 points per game, 4.3 rebounds per game, and 4.7 assists per game, is a key player to watch out for. Colby Jones is another player to look out for, averaging 14.1 points per game with 5.1 rebounds per game and a team-high 5.7 assists per game. Jack Nunge has 14.7 PPG, 7.7 RPG, and Zach Freemantle has 15.3 PPG and a team-high 8 RPG. Adam Kunkel has 10.2 PPG, rounding out the group of double-digit scorers for Xavier this season. As a team, they are averaging 84.1 points per game and shooting 51% from the field, 40.8% from the three-point range, and 73.1% from the foul line.