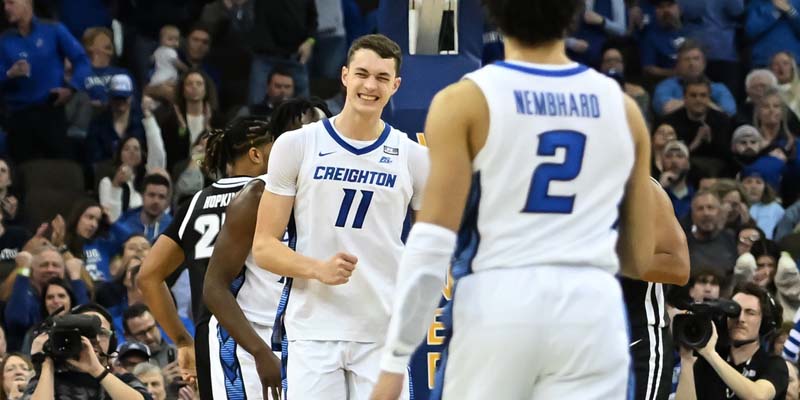 On Tuesday, January 17, 2023, at 7:00 PM (EDT), the Creighton Bluejays will face off against the Butler Bulldogs at Hinkle Fieldhouse in Indianapolis, Indiana. With an overall record of 10-8, the Bluejays currently hold fourth place in the Big East standings and are looking to build on their recent win over the Providence Friars, 73-67. Leading the way for the Bluejays were Ryan Kalkbrenner, who scored 21 points and grabbed 7 rebounds, and Trey Alexander, who contributed 20 points, 6 boards, 3 dimes, 1 block, and a steal.

The Creighton Bluejays are currently a 7-point road favorite coming into this game with an attached ML price of -280. The over/under for this game is set at 140.5 points. The Bluejays are a force to be reckoned with on the court, scoring an average of 76.5 points per game, while only allowing 68.8 points. They dominate the boards, collecting an impressive 37.1 rebounds per game, and dish out 16.1 assists, while also swiping 5.5 steals and blocking 4.9 shots per game. Leading the team in scoring is C Ryan Kalkbrenner, who is a scoring machine with 15.2 points per game, 2.2 blocks per game, an impressive 74.2% field goal shooting, and 71.4% from the charity zone. G Baylor Scheierman is a force on the glass, pulling down 8.8 rebounds and 1.1 steals per game, while G Ryan Nembhard is a master facilitator with 5.4 assists per game.

The Bulldogs are fiercely competing in the Big East with an average of 69.9 ppg while limiting their opponents to 66.3 ppg. They are also dominating the boards with 31.5 rebounds per meeting and dishing out 12.9 assists per game. The team is also known for its defensive prowess, collecting 7.4 steals and 4.2 blocks per game. G Chuck Harris is leading the scoring for the team, with 12.6 points per game, 43.8% field goal shooting, and 81.5% from the free-throw line. C Manny Bates is a force on the boards, pulling down 5.9 rebounds per game and blocking 1.9 shots per game. G Simus Lukosius is running the offense with 2.9 assists per game and G Eric Hunter Jr. is known for his defensive prowess, averaging 1.5 steals per game.

Creighton Bluejays vs Butler Bulldogs. The NCAAB pick for this game is the Butler Bulldogs. Butler had been beating the bottom teams like Villanova Wildcats, Depaul Blue Demons, and Georgetown Hoyas; but Creighton hasn’t been able to cover the spread for much of anything lately and they haven’t been great on the road either. Butler will win predicted at 79-76.