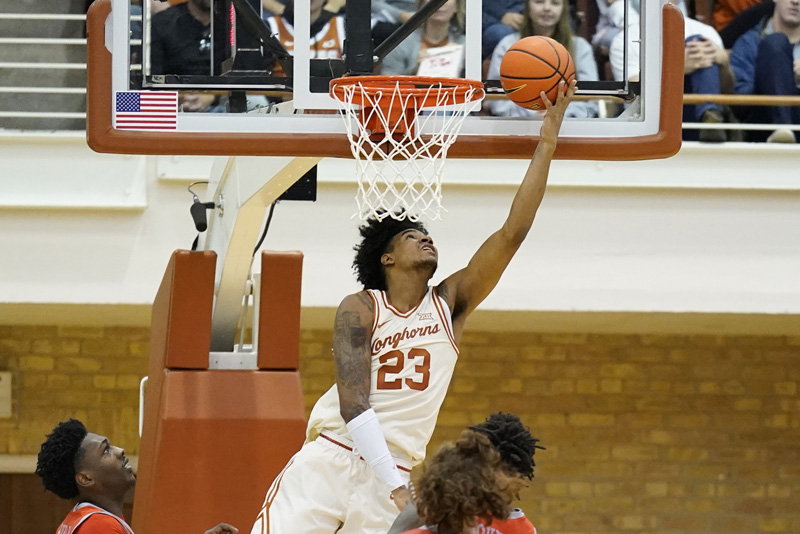 The no. 7 Creighton Blue Jays and the no. 2 Texas Longhorns will meet at Moody Center in Austin, TX on Thursday at 7:00 PM ET. Creighton’s season is off to a great start, as they won six of their first seven games. The Bluejays began the year with 6 straight wins. Their best wins came against top-25 teams Texas Tech Red Raiders and Arkansas in the Maui Invitational. They had a chance to win the tournament title last Wednesday, but they lost by two points to No. 14 Arizona.

Ryan Nembhard scored 20 points to lead Creighton and Ryan Kalkbrenner contributed 16 more. Trey Alexander scored 15 points while Baylor Scheierman recorded a double-double with 11 points and 11 rebounds. Before mounting a late comeback and having a chance to win the game outright, the Bluejays were down by 14 points with 12:19 left in the game.

The Texas Longhorns already have a statement victory under its belt this year, but on Thursday night, the team has a chance to add another. This season, the Longhorns rolled to a perfect 5-0 start, with their most remarkable victory coming in a 93-74 drubbing of the Gonzaga Bulldogs two weeks ago. Since then, they only played two games, winning both of them handily over Northern Arizona and UT Rio Grande Valley.

In the victory on Saturday, Sir’Jabari Rice scored 19 points, and seasoned guard Marcus Carr contributed 18 points. Tyrese Hunter, a sophomore guard, leads Texas with 16.2 points and 3.8 rebounds per contest, while Carr averages 14.8 points and 3.8 assists. Rice, who comes off the bench and averages 11.4 points, is the other player in double figures.

#7 Creighton Blue Jays vs 2 Texas Longhorns. The NCAAB pick for this match is the Texas Longhorns. Texas had plenty of time to prepare for this game whereas Creighton had to face three difficult opponents last week. Texas was able to easily defeat a few bad teams in blowout fashion. The Longhorns’ excellent defense will feed off the enthusiasm of the crowd, making them one of the hardest teams in the nation to defeat at home this season. Don’t be surprised if they don’t lose more than one home game all season. Expect this to be an unpleasant awakening for Creighton since they did not play a genuine road game this year. The obvious choice is Texas because of its stronger defense and greatly superior experience compared to the Bluejays. The Texas Longhorns will triumph by a predicted score of 75-63.