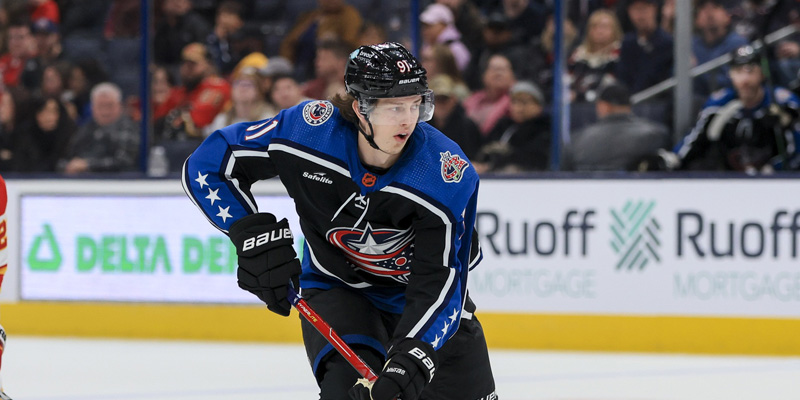 The Columbus Blue Jackets will be at FLA Live Arena in Sunrise, Florida to clash with the Panthers on Tuesday evening at 7:00 PM (EDT). The Blue Jackets won 10 games in 27 contests with a two-game winning run after a one-point OT win against the Los Angeles Kings 6-5. GoalKeeper Elvis Merzlikins struggled to protect the net against the LA Kings with a save percentage of just .868 after giving away five goals in 38 minutes of action. He managed to hang on in the OT stage and earn the victory for Columbus. Center Jack Roslovic connected with two goals with two assists while RW Patrik Laine fetched one goal and two assists in the win.

The Blue Jackets posted an average of 2.78 goals on 29.6 shots per match while their defense faltered and allowed an average of 4.04 goals per match. LW Johnny Gaudreau led with a team-high 31 points and a team-leading 21 assists on the season. Gaudreau also led Columbus in scoring with 10 of 80 total shots fired.

The Florida Panthers will stay afoot and try to bounce back against the Blue Jackets with a 7-3-3 home record this season. Florida made 13 wins on the season with a two-game skid following a 2-5 loss at home to Seattle. Goalie Sergei Bobrovsky struggled on the net at a .871 save percentage after passing up four goals on 31 shots fired. Center Eric Staal scored the first goal for the Panthers on assists from Centers Colin White and Nick Cousins. Chris Tierney chipped in another goal in the 18:43 minute of the third period assisted by Defenseman Matt Kiersted and Center Zac Dalpe in leading the offense for Florida.

The Florida Panthers is one of the top offensive teams in the league with an average of 3.34 goals on 37.8 shots per match. Unfortunately, their defense is below par allowing an average of 3.35 goals per outing. Left-Wing Matthew Tkachuk augmented the offense with 37 points scored on the season while leading all setters in dishing out a team-leading 24 assists. Center Carter Verhaeghe dumped 15 goals on 92 shots fired to lead Florida in goal-scoring.