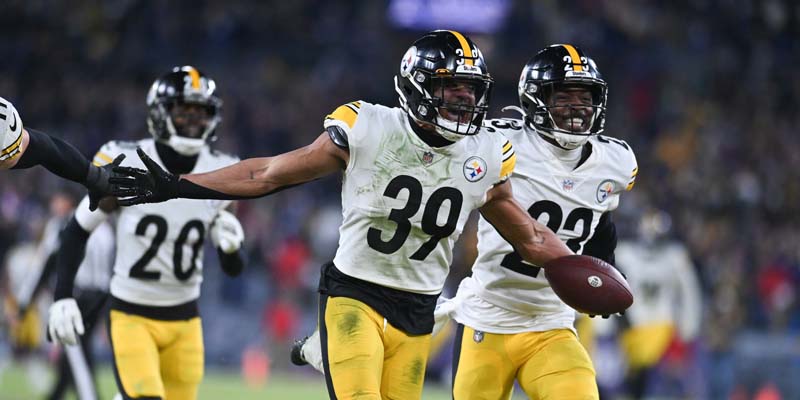 The Cleveland Browns will play against the Pittsburgh Steelers at the Acrisure Stadium, PA on Sunday, January 8, 2023, at 1:00 PM (EDT). The Browns are sitting in fourth place in the AFC North division with a record of 7-9. The team is coming off with a 24-10 victory over the Washington Commanders. Deshaun Watson completed 9 of 18 passes with 169 yards and three touchdowns. Nick Chubb delivered 104 rushing yards on 14 carries while Amari Cooper led the receiving team with 105 yards and two touchdowns on three receptions.

The Browns hauled a total of 204.4 passing yards and 147.3 rushing yards. The team has an average of 21.7 points while allowing 22.1 points. Quarterback Jacoby Brissett passed 2,608 total yards while running back Nick Chubb rushed for 1,448 yards. Wide receiver Amari Cooper led the receiving team with 1,109 yards while safety Grant Delpit led the team’s defense with 103 tackles as he intercepted four passes.

Over on the Pittsburgh side, the Pittsburgh Steelers are in third place in the AFC North standings with an overall record of 8-8. The team is coming off with three straight wins, following a 16-13 victory over the Baltimore Ravens. Kenny Pickett completed 15 of 27 passes with 168 yards and a touchdown while Najee Harris rushed for 111 yards on 22 carries. Pat Freiermuth led the team’s receivers with 36 yards on three receptions.

Cleveland Browns vs Pittsburgh Steelers. The NFL pick for this game is the Pittsburgh Steelers. With Cleveland hobbling into this matchup with nothing to play for, the Steelers now have some of the best moments in the league and will undoubtedly prevail. The Browns rely heavily on their running game, but Pittsburgh’s recent defensive improvements will make it easier for them to control the clock in this game. There’s no doubt Pittsburgh will be able to take advantage of Cleveland’s injuries and lack of depth because both teams are moving in the opposite direction, especially in terms of form. The crowd should also play a significant impact. Additionally, the Steelers are 5-0 ATS in their last five matches against a club with a losing record and are 5-1 ATS in their last six matches overall. This is after amassing more than 350 total yards in their previous match. The Pittsburgh Steelers will win to a predicted score of 21-17.